Cash back for online purchases seem too good to be true? Not with Brazilian startup Poup.

Poup helps consumers to save money while shopping. A type of customer loyalty program, it gives cash rewards to those who buy from online retailers through the Poup platform. Users simply select the stores from which they want to buy, and after purchase, they receive cash back of up to 12% of the amount of those purchases to their private banking or PayPal accounts. 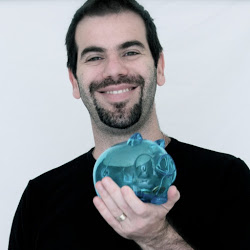 Founded in June 2012 by Gustavo Gorenstein, Poup currently has over 4,000 registered users and partners with roughly 100 online stores, including Netshoes and Dafiti. Instead of offering consumers the opportunity to earn and accumulate points, Poup employs an increasingly-popular cash back model implemented by entities such as banks, credit card companies and comparable platforms.

Gorenstein told us a bit more about Poup as well as his entrepreneurial experiences.

Emily Stewart: Would you tell me a little bit about how Poup was born? How did the idea come about?

Gustavo Gorenstein: The idea came about right after I finished my Master’s degree in London. I found everything so expensive in Brazil, and I started looking for ways to save money. Daily deals like Groupon and Peixe Urbano were the best options I found, but I thought it would be great if I could by anything I wanted from my favorite stores at any time, without having to pay the full price. That’s when I found out about the cash back business model that already works well in the United States and United Kingdom. We started testing the concept with some friends, a regular blog and nine stores. After a few months, we had already a list of stores that users wanted to buy from and a sign-up list 10 times longer than during testing.

ES: Who are your competitors in Brazil? What makes you stand out?

GG: The way I look at it is that we are competing with every single website that helps users to save money, meaning deal websites, coupon websites, etc. The thing that makes Poup stand out is that it is one central place to pay less on the internet. Just find the website you want to buy from, find the best price – with special offers or not – and we will give you cash back on top of it. We can also give cash back on top of daily deals. So, let’s say you want to buy something from Peixe Urbano or clickOn with a 70% discount. Poup will give you a rebate on top of it.

ES: I imagine that, logistically, this may have been a bit challenging to set up. How have you managed to do so? What have been the biggest challenges you’ve faced?

GG: I guess the greatest challenge so far it is to make people believe Poup is for real, that it is possible to be paid to shop. We have been trying to be as open as possible about how Poup works and how we also make money. We’ve also spent a great amount of time testing the way we communicate with our users offline and online.

GG: We had a crash course in the Silicon Valley culture – the opportunity to talk to and get feedback from entrepreneurs, investors and also partners. Nothing is impossible there. I remember saying that one of my dreams would be to talk to someone in the management team of Zappos, to understand about customer care. Someone told me that the company’s previous COO had been at Stanford the week before I arrived and offered to put me in contact with him. Three days later, I was on the phone with him. Later on in the year, we also had the opportunity to attend the TechCrunch Disrupt. It was a special event because it was the first time Brazil had a pavilion, and we thought we couldn’t miss it.

ES: You are a Startup Farm mentor. Why get involved in that initiative?

GG: During my year in London, I had the chance to work with great mentors who gave me a lot of their free time to help. When I was leaving for Brazil, I promised them that I would do the same when I got back. During Startup Weekend Brasília, I met Felipe Matos, CEO of Startup Farm (and future CEO of Brazil’s TI Maior) and told him that I had studied numerous startup theories and had promised to spread the word and help the ecosystem. Felipe then invited me to help him all over Brazil with Startup Farm. The way I look at, if we all give a little back to our society, we will live in a much better place, so why not spread what I had the luck to learn?

Moving forward, Poup will continue to cement its position as the place to help people save online. Gorenstein described it as a company that helps everybody win: websites increase traffic, Poup generates revenues from the transactions completed and shoppers save money while shopping at their favorite stores.