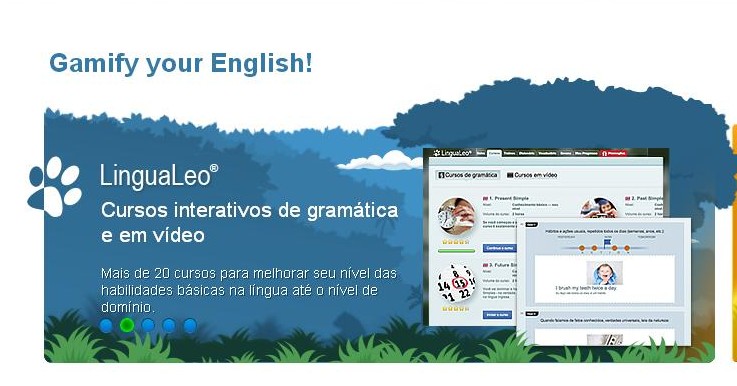 LinguaLeo is Russia’s leading online English education platform. Founded in 2010, it already boasts 2.5 million registered users in Russia and Eastern Europe, owing much of its success to the implementation of gamification concepts in its dynamic and interactive web environment.

With an investment of US$3 million from tech-focused Russian investment fund Runa Capital, the company has made the move to globalize its product. Recognizing the opportunity represented by Brazil’s growing market, the LinguaLeo team has tapped the country as its first target.

Aynur Abdulnasyrov, Founder and CEO of LinguaLeo, explained the decision, “We won Russia’s most prestigious prize for technology innovation as the best startup, which gave us great joy in continuing our internationalization project. Choosing Brazil as the first country outside of Russia is a bet on a solid moment for the local economy. We hope to reach over one million Brazilian users within a year.”

As in Russia, LinguaLeo’s platform in Brazil will be based on a freemium model. Users will be able to access limited content free of charge. Extended content will be available through a year-long subscription priced at about US$50 (R$99).

LinguaLeo will not be unaccompanied in attacking Brazil’s online language education market. It will face fellow European startup busuu.com (out of Spain) as well as the increasingly-commanding OpenEnglish.

New Look, Feel and Features for Urbanizo
With Focus on Microsoft, AppCircus Heads to São Paulo on January 11th