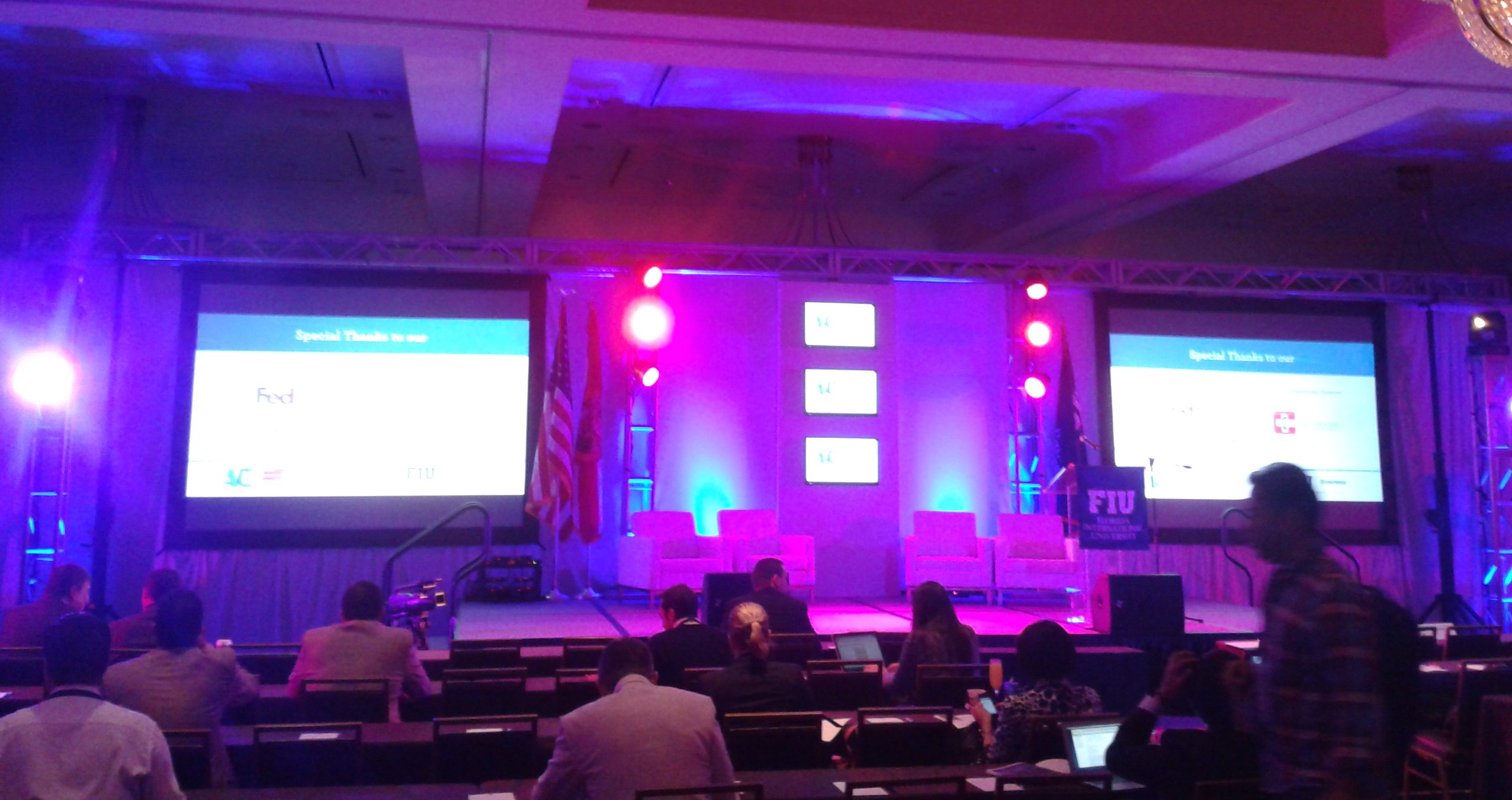 The Americas Venture Capital Conference (AVCC) commenced bright and early this morning in the city of Miami. Hosted by Florida International University, this year’s event marks the AVCC’s third conference.

Ola Ahlvarsson, event emcee, opened the day with a few remarks. He stressed the importance of mutual support and international thinking – two characteristics his native Sweden shares with South Florida.

Moving forward, FIU’s Jerry Haar took the stage and encouraged the audience to take advantage of the “three Ds” during the conference: data, design and dollars. And, of course, a fourth D – deals. He noted the Knight Foundation, the Miami Mayor’s Office and local universities as the key drivers of the local entrepreneurial ecosystem.

Bringing the welcoming session of the AVCC to a close, FIU President Mark Rosenberg and Miami Mayor Carlos Gimenez addressed the state of the local startup community and their understanding of its value. Gimenez pointed to two critical elements for building tech startups. First, young minds and ambitious entrepreneurs, like those who are now emerging from universities and other entities. Second, funds.  That in mind, Gimenez revealed plans to invest US$100 million in accelerating the local ecosystem, remarking, “My office is putting its money where its mouth is.”

One of many exciting announcements to come today, no doubt.