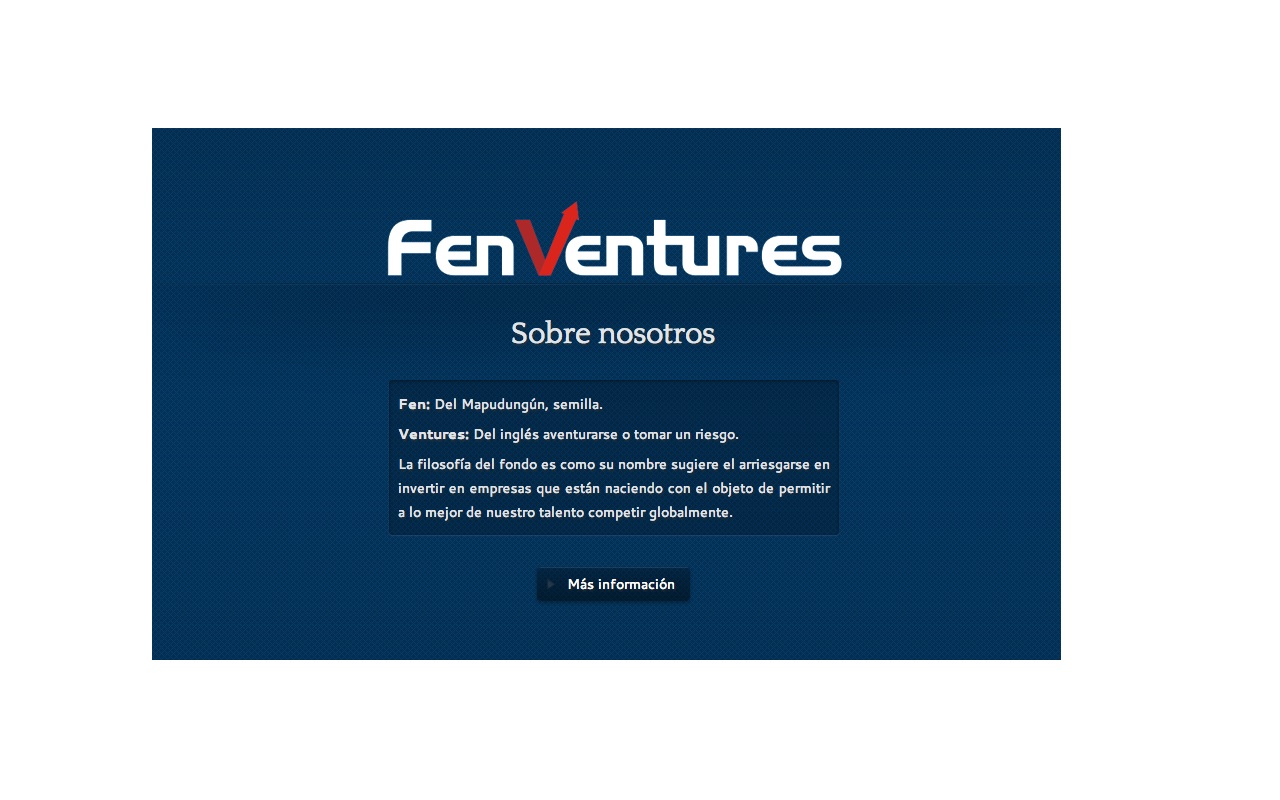 Composed of capital received from private investors from Chile and the United States, FenVentures will make a seed investment of between US$50,000 and US$200,000 in each startup it selects.

The organization will consider Chile-based entrepreneurs originating from anywhere in the world. Initially, it will invest in 30-40 ITC companies, specifically those in the areas of web, e-commerce, mobile applications and social networks. All of the startups selected will receive consulting and be provided a support network to help them grow. Those that prove most successful will be assisted in expanding their businesses into the United States.

Cristóbal Silva Bengolea explained that FenVentures’ mission is to bridge the gap between government funds and traditional VCs already active in Chile. He elaborated, “We want to set a standard of excellence in Chilean investment and cultivate a solid track record in the long term. I’ve been on the other side of the table, in the shoes of entrepreneurs, and what I most want most is to foster friendly conditions.”

Silva Bengolea is an attorney with expertise in startups and investments. Prior to launching FenVentures, he managed another firm’s portfolio, which included over 40 high-profile national and international companies. With this announcement, Silva Bengolea will seek to expand a new portfolio and validate this just-launched fund.

This text was adapted into English by Emily Stewart from its original Spanish publication.