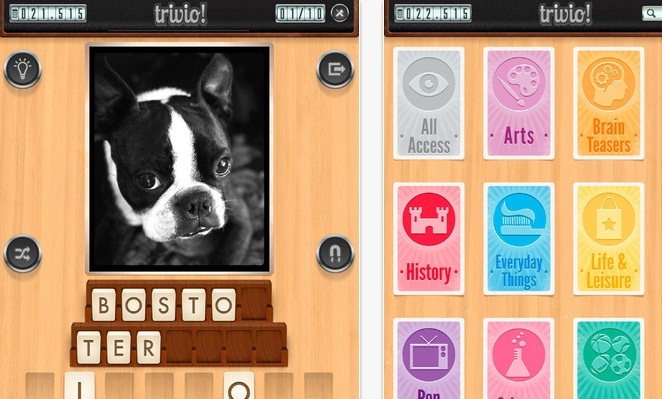 In June of this year, developers Juan Penagos, Diego Ramirez and German Montoya joined forces to create Mango Tree, a Colombian idea generation company powered by Rokk3r Labs. With the goal of creating fun, attractive apps with worldwide appeal, the three connected to embark on a new venture. And now, the team has released its first app – Trivio!

Trivio! is a free mobile trivia application for iOS and iPad. It features over 1,800 different questions across 11 categories and 200 different levels. Players are asked to identify images, texts, quotes and pictures, and they are also challenged with riddles and brain teasers. Based on a freemium model, the app gives users a certain amount of credits for free upon download. Those wishing to reach higher levels must purchase credit to do so. 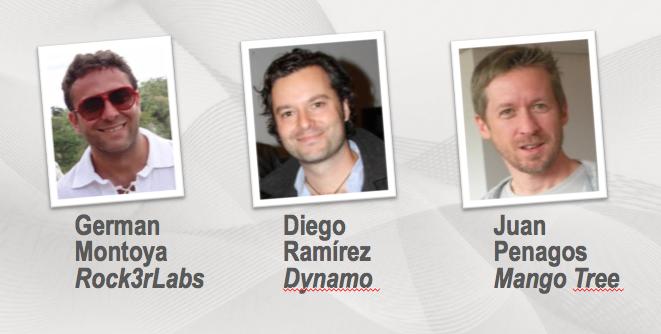 Mango Tree introduced Trivio! to the world with a soft launch on Halloween and has now upped efforts to spread the word. The application currently has an AppStore rating of 4.5 from 73 reviews. At the moment, Trivio! is only available in English.

The Mango Tree team is in the process of setting up offices in Colombia, where many of its team members are based. Fourteen professionals from the U.S., Colombia and Spain are employed by the company, including designers, illustrators and even a museum curator. Trivio! is the first product put out by Mango Tree, but it certainly won’t be the last.

Juan Penagos, CEO of Mango Tree, told us about Trivio! and let us in on what’s great about the app.

Emily Stewart: How was the idea for Trivio! born?

Juan Penagos: The idea came to shape when we took a look at the trivia games we love to play. We noticed that these games are mostly question driven. There was a space to delight users with pictures and photos to make their experiences more enjoyable. We went for a beautiful design reminiscent of trading cards from the 60s and 70s, adding in great mood music and creating a challenging and educational game, full of facts and nice art.

ES: What source did you use to generate questions?

JP: We spent a couple of months researching the web and looking at board trivia games and also  asking our friends which categories and images they would love in a game. We have identified more than 500 categories thus far, and less than half have been released in the game up to this point.

ES: How do you ensure that your users will be engaged?

JP: There are some things that users are loving. First, the vastness of the categories is allowing everybody to find their sweet spot, but soon after, they begin to explore other levels and challenge themselves. Second, we found that for users, Trivio! is more than a game, it’s a learning experience. Users are enjoying the chance to travel the world through Trivio! by guessing the origins of pictures from world cities and learning fun facts along the way. There is no time limit, so everybody can relax and enjoy the game at their own pace. 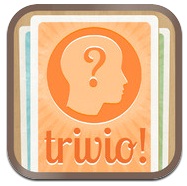 ES: Who is your target user?

JP: Starting out, we thought that our users were going to be men and woman ages 35 and over, but it came as a surprise when we saw that players all across the board were downloading and using the app. The interesting part of our game is that we are able to identify the different categories being played by each demographic group. What’s more, we receive hundreds of emails from parents who are playing Trivio! with the whole family.

ES: Moving forward, how will you go about launching the app in other languages and locales?

JP: The initial strategy is to deliver it in English; however, everything is in place not only to deliver the content in specific languages but also for specific countries. Did you know that in Spanish-speaking countries, there are five different ways to say banana? This is one thing to take into account before moving into other languages. On the other hand, we have received praises from non-English speaking countries because these players are using Trivio! as an English practice app. We didn’t see that one coming.

ES: There are several trivia apps on the market right now. What makes you stand out?

JP: There are many great trivia games on the market – that’s true. That said, most trivia games are text-based, our image-based playing mode is one of the biggest differences from the other apps. We offer real photographs and illustrations that stimulate the player visually. In fact, some users are sending us their travel photos, pictures of their pets and drawings to share with the Trivio! community. There are very few apps that have the wide scope of categories that Trivio! offers. Trivio! is endless in the sense that the categories and levels will grow over time, allowing our users to take command of how far they reach.

Moving forward, the team behind Trivio! will work on localizing the game for other countries around the world. Penagos also told us to watch out for a Trivio! app for kids.