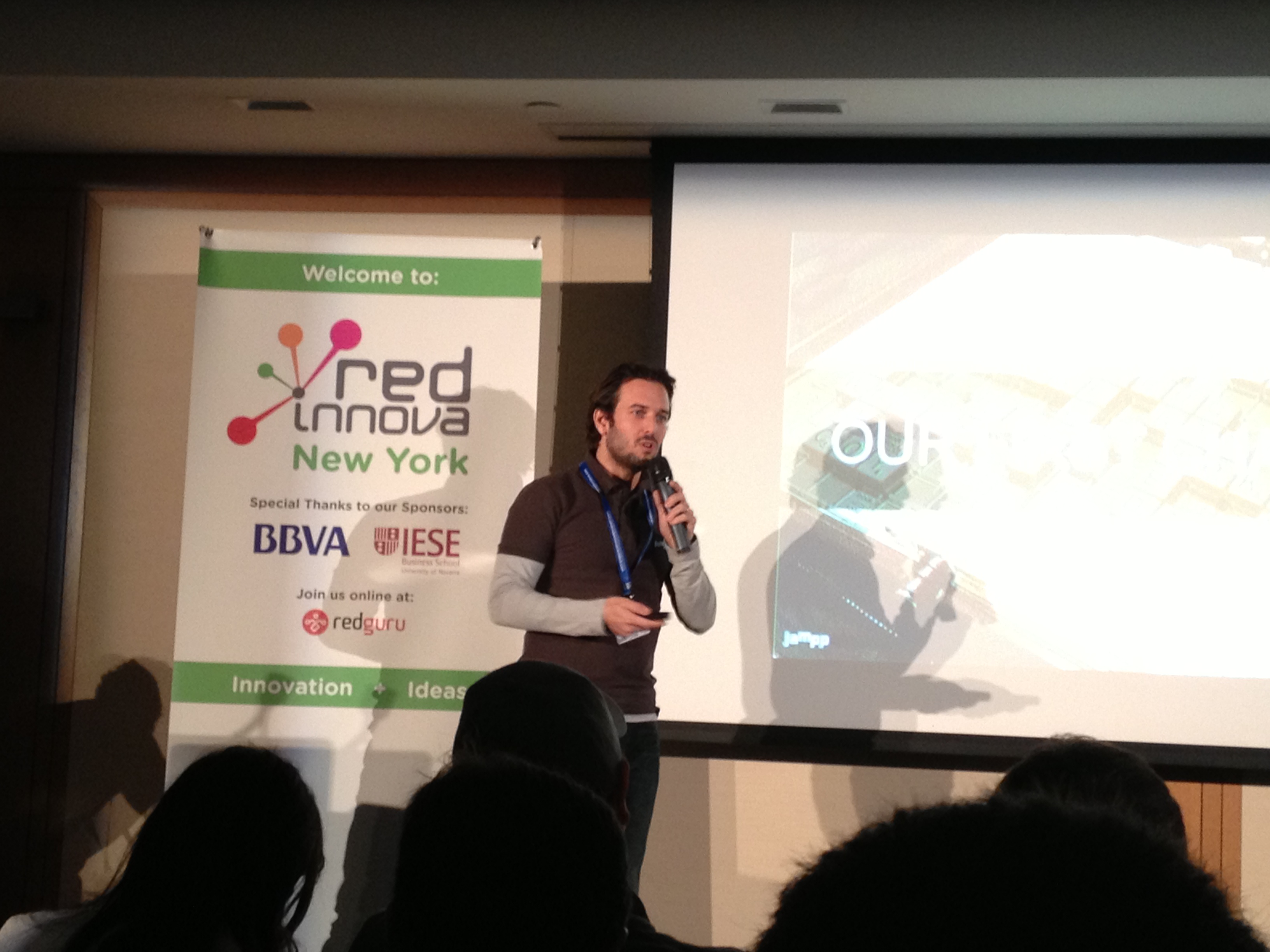 Yesterday afternoon, a lucky group of Latin American startups had the chance to present their projects at Red Innova New York. During the first of two demo sessions to be held during the event, teams pitched their ideas to the audience and a panel of judges composed of Damián Voltes (Founder and CEO, Patagonia Ventures), Juan Pablo Capello (Co-Founder, Idea.com) and Marco Giberti (Partner, Vesuvio Ventures).

An advertising solution for the monetization of virtual currency in social networks and mobile apps, Jampp helps companies throughout Latin America to monetize their products. Users watch commercials and complete surveys in exchange for credits in games and other formats. During his presentation, Jampp Founder Diego Meller revealed that the company is in the process of panning out its mobile strategy with source aggregation, dynamic optimization and tracking.

Liibook is a fusion of a library, bookstore and publishing house. A sort of Vimeo for books, it allows users to read and download e-books and invites authors to write their own work to publish and sell. The startup’s business model is one of paid credits for specific books and tools.

Based in Buenos Aires, Mural.ly is a creative collaboration platform through which users can map content, collaborate on projects and show off their ideas. Its technology allows for the aggregation of media from all over the web.

The Fan Machine works with companies and brands to run campaigns and contests on Facebook. Through its platform, businesses are able to market online in Latin America, increase their fan bases on Facebook and drive revenue.

Incubated by Wayra, Trix & Trax is an online community that combines urban groups with music. It allows users to create festivals of artists and videos and compete among one another. They can choose locations, media and attractions – all of which are provided by brands.

Couchy is a platform that lets users find services and promote themselves as service providers or independent contractors. Founded in January 2012, the startup participated in Wayra’s acceleration program and is currently part of Start-Up Chile.

Stay tuned for more startups, which are set to present their products later today!