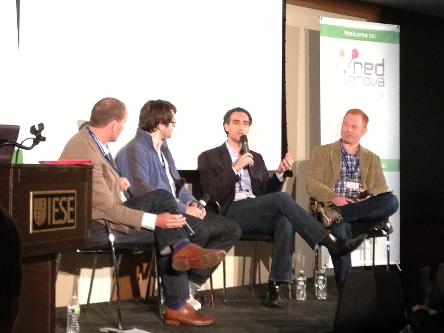 During yesterday’s second session of Red Innova New York 2012, attendees got a chance to hear from the emerging markets sector and gain insight into New York, a tech market that has already, well, emerged.

Fabrice Grinda, Co-Founder and Co-CEO of OLX, discussed operating and investing in emerging markets. Grinda talked about the success of OLX, which receives 100 million unique visitors per month and has a very strong showing in emerging markets. He also outlined his own experiences as an angel investor having made 106 investments thus far (over 50% of which went to companies outside of the United States). 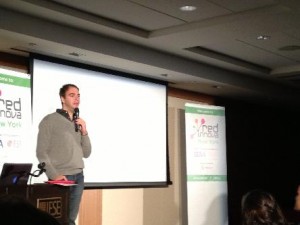 Moving forward, Grinda got to the heart of his presentation: emerging markets. He noted the growing trend of copycats in emerging markets. Though ideas may be transferrable, however, implementation in an emerging market is not always easy. There are clear idiosyncrasies involved in launching in emerging markets – in Latin America, for example, there are labor laws and lawsuits can prove extremely challenging. While globalization is a reality, it is not as widespread as one may think, and exiting with companies based in emerging markets can take a long, long time. This is why older and more experienced entrepreneurs in such locales are more likely to find success.

Speaking from his own experiences as an investor, Grinda gave attendees insight into his own personal approach. He never takes on market risk and business model risk simultaneously and focuses very much on finding products he likes. With respect to Latin America, he explained that he has leaned towards big markets like Brazil. He also warned against an increase in low-quality deal flows due to the high availability of seed capital, making it fairly easy for virtually anyone to start a business.

Tech in the Big Apple

The group delved into the motives behind New York’s tech ecosystem’s success, pointing largely towards the strength of rubric’s community (for example, the NY Tech Meetup) as well as its connections to various external industries, such as advertising, fashion and finance.

The Big Apple, however, has some ground to make up in producing success stories comparable to those that have emerged from Silicon Valley. In fact, all three panel participants agreed that the next big thing would likely come out of Silicon Valley despite important strides in New York and emerging markets around the world. New York, of course, can’t be ruled out. One of the city’s greatest advantages as a tech hub comes from the fact that it is simply one of the culturally richest cities in the world.