Brazil’s tourism industry is an applications goldmine – a great opportunity for developers, entrepreneurs and designers to capitalize on. Skyscanner, out of the UK, is doing just that.

Skyscanner is a travel search platform that connects users with details on flights, cars, hotels and other travel-related elements. With a 10-year trajectory, it is available in nearly 30 languages and boasts 145 million searches per year. In 2011, Skyscanner launched its first app, which is available free of charge for iOS, Android, Windows and Blackberry. In September, it reached 11 million downloads.

Already a leader in the European travel market and expanding rapidly in Asia, Skyscanner has now set its sights on the Americas in an effort to establish itself as a global leader.

The company has been present in Brazil since 2010; however, it increased its focus on the country last year, when it began actively seeking partnerships with major local airlines and online travel agents. Recognizing Latin America’s growth, Skyscanner has selected Brazil as the gateway to explore new opportunities in the region.

The Skyscanner application has already proven quite successful in Latin America. The region represents 5% of total app downloads, Brazil comprising half of that number.

Mateus Rocha, Executive Director of Skyscanner Brazil, spoke with us about the company’s national and regional prospects.

Emily Stewart: How has Skyscanner been adopted in Brazil?

Mateus Rocha: Domestic travel represents 90% of tourism in Brazil; therefore, our goal is to 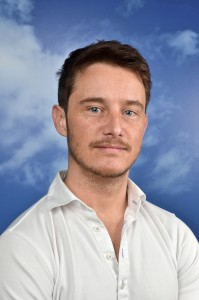 provide the best experience to Brazilians while we reaffirm our vision, which is to help everyone to get from one point to another, regardless of type of transport. For this, we need to understand users’ motives for traveling and their preferred modes of transportation in particular countries or cities.

Skyscanner is well known and frequently used by tourists, but we are confident we are providing the best solution for those looking to compare the cheapest flights for any reason, especially in a continental-sized country like Brazil, which has very few alternative types of transport, like trains or ferries.

Currently, 50% of our users in Brazil use our services through mobile phones. Internet penetration, the number of mobile users and smartphone penetration have been increasing significantly. According to the latest data, 40% of Brazilians access the internet through a smartphone. Thus, our only preoccupation regarding low smartphone penetration is to be able to provide our apps on all platforms and devices, so we reach everyone looking to travel as soon they start using smartphones.

ES: The tourism industry in Brazil is growing, and with the impending World Cup and Olympics, it’s about to take off even more. What strategies will you employ to take advantage of this?

MR: The World Cup and Olympics have indeed increased the interest of many companies in investing in Brazil. Skyscanner’s scalability expertise, while addressing local needs, is the core of its strategy prior to these events in Brazil.

The World Cup will is returning to the Latin America after 28 years, and this is a huge opportunity to promote travel within Latin American countries. People living in the Mercorsur countries have the benefit of visiting Brazil without needing a visa. This is what we will be promoting, especially through our social media channels.

ES: Looking ahead, past 2016, do you think the “Brazil buzz” will continue?

MR: There are 12 host cities for the World Cup, and a lot is being done to deliver before 2014. The event will last less than a month, but visitors’ impression of Brazil will remain for a long time. The Brazilian government knows where to focus efforts in this initial stage: transport and, in particular, airport infrastructure.

All immediate products used by tourists, tangible and intangible, will be the main factors influencing their return. Everything else will be forgettable. Every Olympic host city in history has presented the world with new problems to be solved by the next host city. “Life after the Games” is a complicated one, but Brazilians are known for creatively finding solutions in their own way.