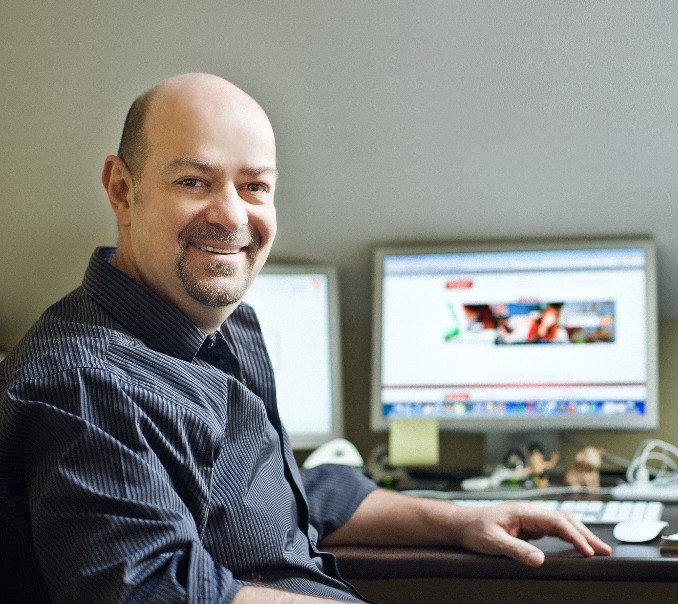 Last week, we introduced you to Aceleratech, the latest startup accelerator to open its doors in São Paulo. Beginning in 2013, the organization will work with classes of 12 startups during three-month acceleration cycles in conjunction with ESPM.

Mike Ajnsztajn, who co-founded Aceleratech, spoke with us about the organization, which is, as he noted, essentially a startup in itself.

Our discussion commenced with one important question: Why an accelerator? Both Ajnsztajn and his co-founder Pedro Waengertner boast long careers in technology, having worked together at Peixe-Urbano-acquired Zuppa and separately in various related roles. Why had they decided to do this, and why now?

Ajnsztajn explained that he gains the most satisfaction personally from starting a business, the moment when things are just getting off the ground. Simply put, when an enterprise becomes more established and begins to grow, he gets bored. Beyond that, he said that he is also seeking to give back to the network that has given so much to him, especially at a time in which Brazil represents such a big opportunity.

Searching for the Dream Team

Moving forward, we went on to discuss what Aceleratech would be looking for in selecting its first class of startups for acceleration.

First and foremost, Aceleratech’s selection panel will focus on the team behind each startup, the point being to invest in people, not ideas. As Ajnsztajn explained, “It’s better to find a great entrepreneur with an average idea than the other way around.” Ideally, Aceleratech will seek a sort of dream team within each enterprise, composed of three key individuals: a geek, a seller, and a visionary. Of course, they will accept variations on this. However, if an enterprise led by a single entrepreneur should enter the program, Aceleratech will likely draw from its network to find that individual a partner.

As to what won’t earn points for Aceleratech applicants, Ajnsztajn said that the group would be less inclined to select startups with a main model based on advertising. He said, “Startups should have in their core business some kind of revenue model that is not just advertising.”

In terms of other general criteria – global vs. local aims, Brazilian vs. foreign startups, new ideas vs. copycats – Aceleratech is open to all options. Ajnsztajn noted that Brazil has experienced a flurry of copycats in recent years, so the team has no reason to be against it. However, they’ll also be seeking new ideas in areas such as mobile, apps, SaaS and e-commerce.

Once the startups have been selected by the Aceleratech team, they will undergo a highly-structured process of acceleration.

Ajnsztajn highlighted the involvement of ESPM, the School of Higher Education in Advertising and Marketing, in Aceleratech. ESPM will act as a key partner, and the program itself will actually take place within the institution’s walls, where classrooms, co-working spaces, meeting rooms and other infrastructure will be provided. ESPM professors will head classes and workshops for Aceleratech’s entrepreneurs, and the institution will remain deeply involved throughout the process.

Each of Aceleratech’s startups will be given an initial investment of roughly US$10,000 (R$20,000). They will also receive other perks related to accounting, legal issues, public relations, metrics, coaching and human resources. Startup teams will focus on what’s most important – coding, products, the market – while Aceleratech supports them with the rest.

Ajnsztajn stated that what will make Aceleratech stand out is the structure of its program, which will include a large amount of mentoring and instruction from entrepreneurial leaders, executives, developers and academic professors. At the end of the three-month process, Aceleratech’s entrepreneurs will be able to deliver beyond the pitch. They’ll know how to interact with investors and how to run a business as well.

In closing, we talked about Aceleratech’s expectations and, more importantly, its definition of success. In a long-term, high-risk business, Ajnsztajn said, “If all of the companies that we accelerate get traction and can run on their own in the future, we’ll be happy with that.” That said, Aceleratech does plan to keep its equity and continue involvement in the startups it accelerates once the initial 12-week program is over.

How can Aceleratech guard against failure? By and large, it can’t. The team will use all means possible to expand its financial network and ensure investments and funding for its companies once the acceleration process is complete. However, Ajnsztajn acknowledged, “The vast majority of startups fail, and accelerators are startups themselves. Is there a chance to fail? Of course. How can we make sure we won’t? We don’t have a crystal ball.”

As of Tuesday, November 6th, Aceleratech will officially launch and try its hand at driving forward Brazil’s thriving tech community. It will invite a mix of 200 entrepreneurs and investors as well as international speakers to its inaugural event, inscriptions for which are open now. And the organization is already accepting applications for its first acceleration round, about which more information can be found here.