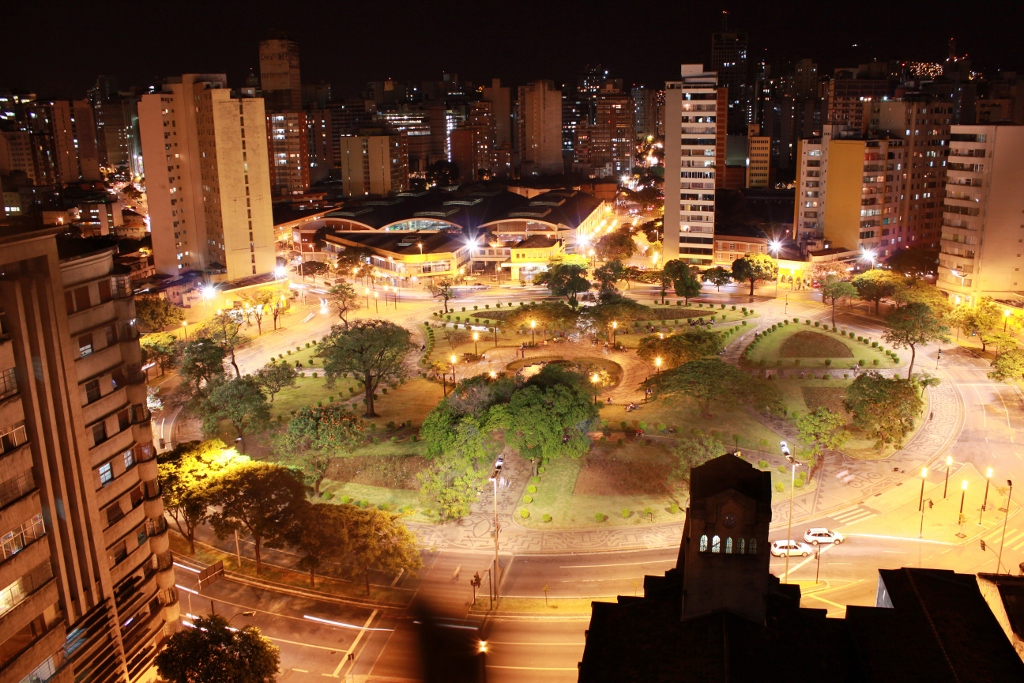 We are currently in the midst of a global economic scenario in which developed markets in North America and Europe are no longer the answer. The days of Silicon Valley as the end-all, be-all in tech have come to an end as well. In light of these shifts, Brazil has emerged from the pack to become the front runner in the race to be the next big thing.

Yes, we know Brazil is a big deal. But we also know that Brazil is a big country – in land area, it is the fifth largest country in the world. And while the Brazilian technology sector is expanding overall, it is stronger in some cities than in others. Not sure where to look? Take a glance at our list below – a couple of the locales may surprise you.

As Brazil’s largest city, São Paulo of course makes the list of the country’s top tech hubs, no doubt. It leads the country in GDP, is considered the nation’s financial capital and is the headquarters of many chief Latin American corporations. Though São Paulo was once known for its robust industrial sector, it has undergone important economic shifts as of late. Every single company looking to gain ground in Brazil has São Paulo on its to-do list, technology-related or otherwise.

São Paulo plays host to a slew of technology and entrepreneurial events throughout the year, from AppCircus to Innovation Qualcomm, Expocietec, Social Media Week and more. International digital firms such as IgnitionOne and HUNT Mobile Ads have established branches in the city, and organizations like e.Bricks Digital and Tree Labs have set out to move local digital business development along. Recently named one of the most attractive cities for investment in Latin America, São Paulo is the home of Anderson-Thiel-backed  Oppa and J.P. Morgan pick Dafiti.

Silicon Beach. That’s how Reuters referred to Rio de Janeiro this month in a write-up on the city’s flourishing tech scene. Though it is generally viewed as number two behind São Paulo, Rio de Janeiro has proven that, when it comes to technology, it can hold its own (and then some).

Rio de Janeiro is the home of some of Brazil’s most successful tech startups to date, including Hotel Urbano and Peixe Urbano. The city has produced numerous up-and-coming enterprises, including Easy Taxi, which just received a US$4.9 million investment form Rocket Internet, and Elike, a social commerce business backed by Intel Capital.  Rio-based 21212 Digital Accelerator, Papaya Ventures and other support organizations are driving the ecosystem forward, and by the looks of things, they’re on the right track. So much so, in fact, that Rio de Janeiro has been chosen as the site of Entrepreneur Week later this month and of Global Entrepreneurship Congress in March 2013.

Though it often goes unnoticed, Recife is the most important commercial center of the Northeastern region of Brazil. What’s more, the capital of the state of Pernambuco is widely recognized as a national and international leader in information and communications technologies.

Recife is the home of world-class technological park Porto Digital. Led by Francisco Saboya, the organization currently boasts the presence of 200 companies and over 7,000 employees.  It is also behind incubators C.A.I.S. do Porto (for ICT endeavors) and Portomídia (for creative economy projects). Business incubator and innovation center C.E.S.A.R. is housed in Recife as well. Slowly but surely, Recife continues to rise as a tech hub, this year becoming the site for the first Brazilian Campus Party held outside of São Paulo.

Much like Recife, Belo Horizonte, the capital city of Minas Gerais, tends to fly under the radar. However, the city boasts a solid service sector, which accounts for 85% of its GDP, and houses Brazilian subsidiaries of Toshiba, Vivo and Telecom Italia Mobile as well as a set of Google R&D offices.

In the local tech ecosystem, Belo Horizonte is often referred to as San Pedro Valley – have a look at the #SanPedroValley hashtag on Twitter – for producing numerous winning startups. Belo Horizonte is the birthplace of Hotmart, RockBee, EverWrite and Samba Tech. The city has also sent numerous companies to Start-Up Chile, as Vitor Peçanha of TextCorner and Webholic pointed out to us recently.

São Paulo, Rio de Janeiro, Recife and Belo Horizonte are among the many locales that will lead the way as Brazil matures as an international epicenter for technology. As the movement spreads throughout the country and region, more cities, states and towns will surely join the ranks.