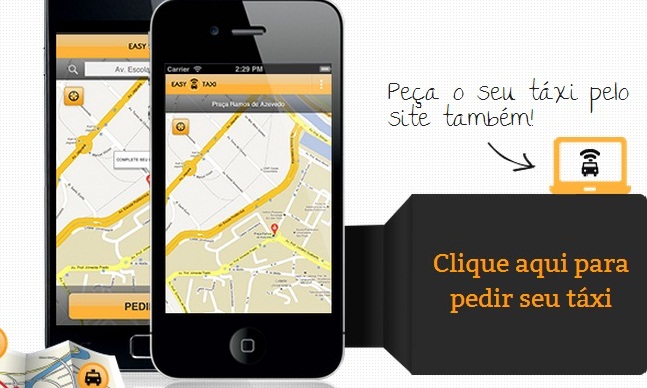 Brazilian startup Easy Taxi has received a Series A investment of US$4.9 million (R$10 million) from Rocket Internet. An app designed for the web and smartphones, Easy Taxi connects passengers with nearby taxis and allows them to order rides in a way that is fast, easy and secure.

Easy Taxi launched officially in April of this year in Rio de Janeiro, where it now boasts 400 taxis and over 5,000 users. With the Rocket Internet investment, the company will set a plan in motion to roll out the product in 10 different cities, starting with São Paulo.

The Easy Taxi is one of a number of taxi applications popping up on the market today. It stands out largely because of its unique business model, which is based on a commission of just under one dollar (two Brazilian reals) per ride. Taxi companies and drivers are not charged any extra sign-up or monthly maintenance fees upon downloading the app.

Easy Taxi CEO Tallis Gomes stated hopes to increase revenues 85% by the end of 2013. As for the rest of the year, the app is expected to reach 50,000 users by the end of December.