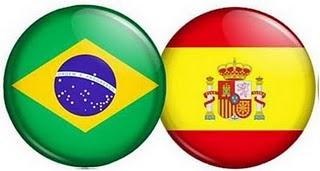 An interesting piece of information emerged from Brazil recently. According to the report The Impact of App Translations, Spanish actually beats out Portuguese in the proportion of apps downloaded in each language. Unsurprisingly, English comes in first place as the most popular language of free downloaded apps (a predominant trend across most countries). However, it is the only country to make the list in which the second language is not its official tongue. In fact, just 40% of downloads of the top 200 apps in Brazil feature Portuguese content. For Spanish, that number is 44%. The applications market is truly global. Consumers in more than 120 countries have access to localized versions of Google Play. The App Store has 136 local stores, and Microsoft has announced that the Windows Phone Market will be made available in 180 countries. This, in theory, facilitates the ability of developers to reach new markets and publish their applications in various parts of the world.

Today, a lot is being said about the importance of global identity in the technology sector. However, what that means isn’t crystal clear. What is global and what is local is largely determined by cultural differences and the prevailing preferences of each country – much of which is closely tied to language. Given this context and in terms of language, what fosters the most revenues and downloads? What criteria should be taken into consideration for translating and localizing apps for specific locales? Beyond taking aim at markets with solid ROI prospects, should app creators consider language as a relevant factor as well?

Here are a few more interesting finds revealed by the report:

– Developers have been adamant about the importance of applications with support in several languages, as downloads and revenues generated by non-English applications have grown considerably as of late. The translation and localization of an application for specific locales increases earnings and downloads, notably more so for iPhone than for iPad.

From Portugal to Chile and Brazil, WeGoOut Attacks the Nightlife Sector in a Big Way
Desafio Brasil 2012 to Announce Winner this Week