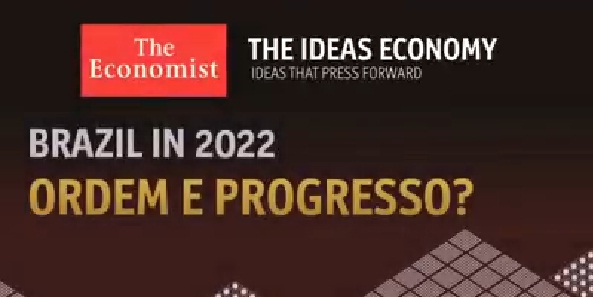 The Economist has set Ideas Economy: Brazil 2012 for this Thursday, September 4th at São Paulo’s Unique Hotel. The day-long event will be a stage for the exploration of numerous issues, including finance, entrepreneurship, innovation, human capital, infrastructure, design, culture and policy. Chaired by Michael Reid, Americas Editor of The Economist, and Helen Joyce, São Paulo Bureau Chief, organizers describe the event as an “annual, live-event version of an Economist special report on Brazil.”

The doors to Ideas Economy: Brazil 2012 will open at 8:00 a.m. on Thursday. The event will official kick off with opening remarks from Reid, followed by various speeches, interviews and panels throughout the day. Brazil’s portrayal in the press, infrastructure investment, protectionism and global competition will be covered during the morning, among other themes. During the afternoon, banking, sustainability, jobs and innovation will be discussed. Other broader issues, such as race and identity and Latin America’s potential as a pace-setter for global growth, will also be explored. And, of course, the event wouldn’t be complete without an examination of the impact of the World Cup and Olympic Games.

Universities, government bodies, private entities and journalism entities will boast a presence at the Thursday event. Representatives from Petrobras, GE Latin America, Olodum and Columbia University will be among the select group of speakers and presenters.

Sponsored by BNY Mellon, BRASSCOM, Shell and ESPM, Ideas Economy: Brazil will prove an eye-opening experience for all those involved or interested in Brazil’s exploding economy, from entrepreneurs to journalists, public officials and top international global executives and decision-makers.

Event inscriptions are still open – you may pick up your ticket here.