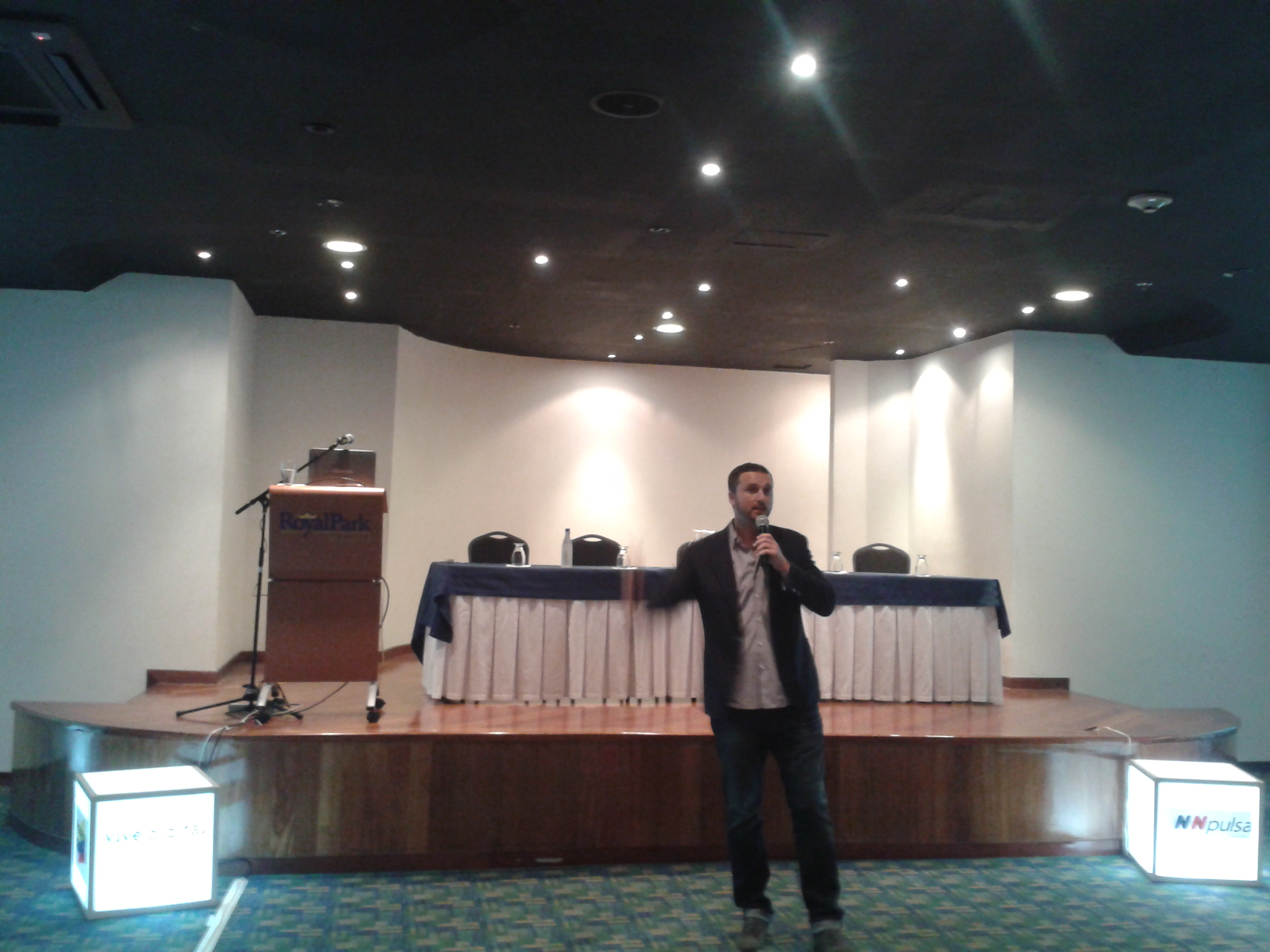 The PulsoConf speech agenda was kicked off by Ran Harnevo, co-founder and CEO of 5min Media and Senior VP of Video at AOL. With a presentation called Competing Globally from a Small Country: Our Story from Israel, Harnevo outlined his experiences as an Israeli entrepreneur who has successfully created a global company and his background as part of the Israeli internet ecosystem that has proven to be of world-class relevance.

Harnevo told attendees the story of 5min Media, which was born in Tel Aviv in 2006. YouTube had just launched, and while it was experiencing significant growth, the content was poor and generally unattractive to advertisers – Harnevo said, essentially, it was “cats on skateboards.” From there, he and two other co-founders decided to create a site for how-to videos. They would ask people to share their lives and knowledge via videos online, and thus, their startup journey began.

Because 5min Media initiated in Israel, all work was performed in English from the start, an important advantage. Harnevo and his partners networked, formulated their product, and met with lawyers and accountants, who, interestingly, were willing to take on the company for free for a year. With an initial US$500,000 investment and 500 videos, the company was launched. Harnevo explained his outlook, “You have to be stupid enough to believe that you can make it.”

In 2007, 5min Media received a second investment from angel investors, an Israeli advertising company, and a network of believers in the cause – in other words, not stupid money. The company began to emerge among competitors and gain traction, and within six months, it had over 600,000 visits, thanks in large part to a solid PR strategy.

Harnevo’s next move was to go after a more significant round of funding. He spent months traveling between Israel and the United States and finally landed a US$5 million investment from Spark Capital in December of 2008. From there, he moved to New York (part of the deal’s term sheet) and began to rebuild 5min Media from scratch. He took on hiring, legal and accounting tasks to set up a headquarters in the U.S. while leaving R&D and product in Tel Aviv (Israel, China, India, Denmark and Argentina, he explained, are the top hubs for such types of work today).

Soon after landing in the States, 5min Media began to struggle and decline, and with the 2008-2009 crash of the U.S. economy, things were not looking up. Moreover, Harnevo struggled to adjust to cultural differences, though he did note the universal language surrounding the internet. He said, “The internet really brings us together. It’s the same language for everyone – everyone has passion for it.”

Facing the deteriorating situation at hand and in desperate need of a B round of funding, Harnevo recognized that 5min Media, as a destination site, would not work. He and his team did note, however, that man of their competitors – Answers.com and Wikipedia, for example – were lacking video content. Thus, the decision was made to transform 5min Media into a syndication platform that aggregates videos and helps sites and publishers to expand their content. Answers.com was 5min Media’s second client, and with the deal, the company was able to triple video views. Soon, Harnevo and his team launched VideoSeed, its digital DIY platform closing agreements with entities like NBC, Scripps and HGTV.

In 2010, 5min Media was acquired by AOL in a deal worth US$65 million. Harnevo now leads a team of over 130 professionals, nearly half of which are based in Israel.

In closing, Harnevo addressed a question dogging everyone’s minds: What is it that Israel is doing so well? He noted the government’s role in the flourishing tech ecosystem, injecting money and encouraging Israelis who have left the country to come back and start businesses there. Historically, he pointed out that during the 1990s, Israel witnessed the IPO of three of its software companies hit over US$1 billion, and he noted that today, Israel has the third largest presence in NASDAQ following the United States and Canada. There are currently over 70 VCs in Israel, 14 of which are international, and 220 other active funds. Corporate players like Google, Apple, Microsoft and IBM have hubs in country.

Harnevo’s experience is not exactly a Cinderella story, but it is definitely a case of success and an example of how global impact, with the right tools and support, can come from virtually anywhere.