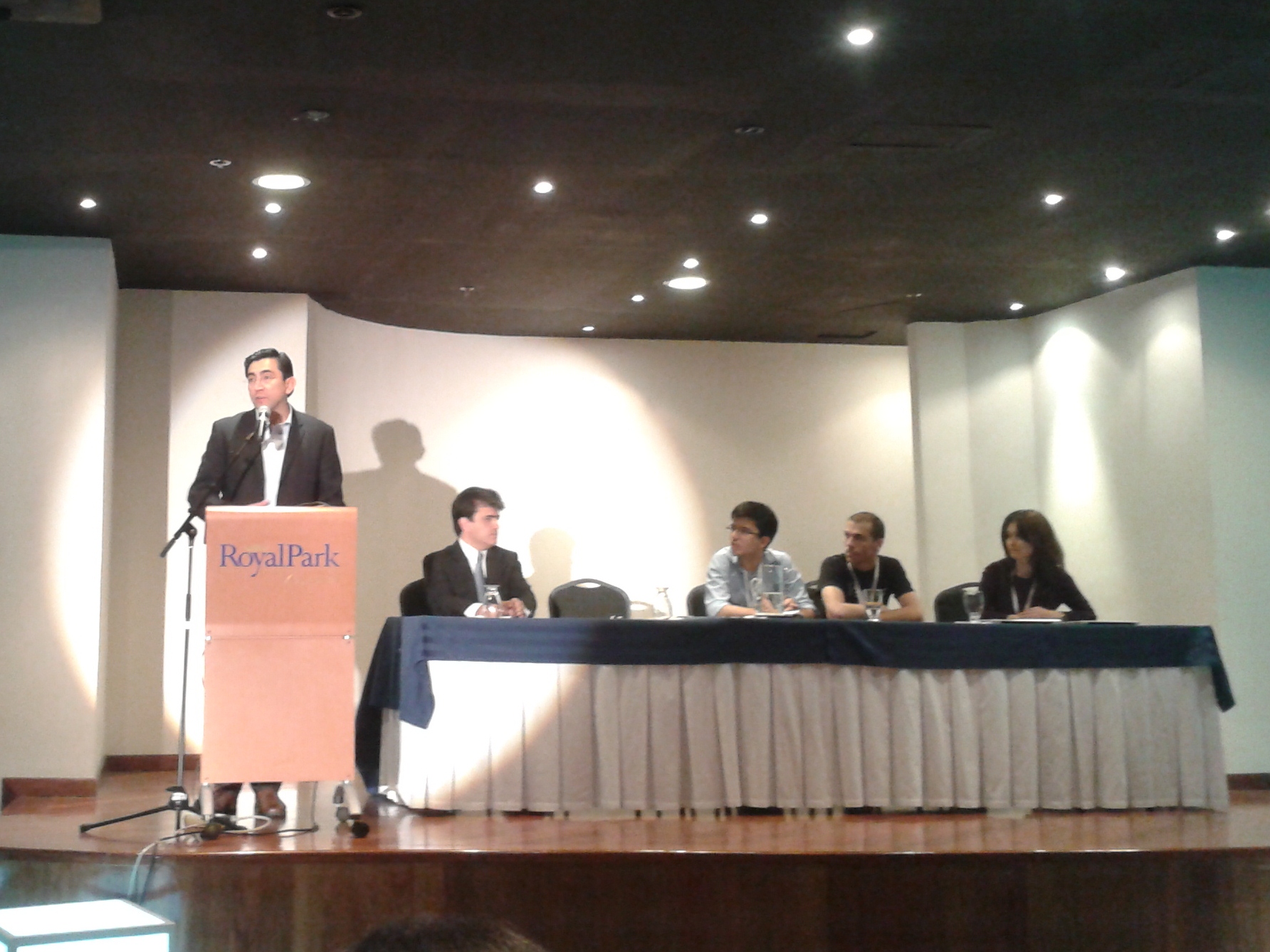 PulsoConf has finally arrived! This morning, the event that will bring together top-tier entrepreneurs, investors, developers, journalists and students from Latin America and around the world officially kicked off at Royal Park Metrotel in Bogota, Colombia.

The day commenced with an opening remarks from Maca Lara-Dillon, Chief Editor of PulsoSocial and an integral part of the PulsoConf team. Lara-Dillon thanked event sponsors Apps.co, Ruta N, iNNpulsa and Samsung, noting the presence of two important executives in attendance from the latter.

What followed was an opening speech from Diego Molano Vega, Colombian Minister of Information and Communications Technologies. Molano Vega addressed the current scenario of the internet in Colombia, acknowledging that the country, while advancing, has a long road ahead.

The Role of Internet in Reducing Poverty

Right now, Molano Vega explained, what’s most important is the simple fact that entrepreneurs in Colombia exist. The next question, of course, is what Colombia wants to be and what role technology will play in the country. Currently, the government is counting on the potential of the internet and technology to reduce poverty – one of the issues that most dogs Colombia today.

Internet penetration in Colombia remains quite low, with internet connectivity most common in the upper classes and more metropolitan areas of the nation. Internet costs are high, and while they are coming down, they are not where they need to be. Moreover, the internet is not present in much of the country. Molano Vega noted that when the current government commenced its term, only 200 of over 1,000 Colombian municipalities had internet access. Thus far, he has led efforts to raise that number to 600 and plans to pass the 1,000 mark by 2014.

The issue, however, goes beyond getting the internet to Colombians. It also entails helping Colombians to “get” the internet. The Colombian economy is ruled by small and medium sized enterprises, many of which go without internet connections simply because they don’t see the utility of it. Speak to a butcher, craftsman or other traditionally offline worker, and they’ll tell you the internet, for them, is simply not of use.

This is where entrepreneurs, hand-in-hand with government bodies, come in. Molano Vega emphasized the importance of developing applications that are relevant for small and medium sized business owners, tools that make their lives and work easier.

With Viva Digital, Apps.co and other initiatives, Colombia has laid out a plan to fill out its digital ecosystem by 2014. Authorities hope to achieve a balance of supply and demand through infrastructure, users, applications and services. Leaders will seek to generate demand, creating more markets, opportunities and clients and quadrupling the number of internet users in Colombia by 2014. In expanding opportunities, Molano Vega aims to encourage entrepreneurship, focusing on applications.  He stated, “The role of applications is fundamental.”

In closing, Molano Vega returned to the theme of poverty reduction and the role of technology in achieving related goals. An ex-entrepreneur himself, he recognized the obstacles in encouraging the entrepreneurial path but emphasized the necessity of entrepreneurs to help the country to move ahead.

After a short break, the PulsoConf Friday agenda will officially commence. Follow the day’s events on Twitter with #PulsoConf.