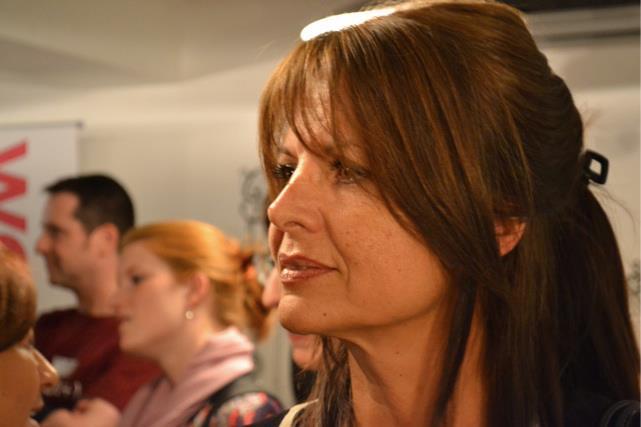 Marta Cruz’s career has been marked by the creation of creative and innovative concepts. Specializing in online and offline CRM, her relationship with the digital communications sector dates back to 1998, when she commenced her career path in an outstanding performance as the head of Marketing at MRM Argentina (a digital agency within McCann Erickson Group). She later went on to become the local CEO of the company and, eventually, the Regional Director for Latin America.

Along with Ariel Arrieta and Martín Hazán, Cruz founded digital agency Nextperience and accelerator NXTPLabs. She has also been heavily involved in numerous initiatives and projects that encourage women’s participation in the technology sector.

Cruz will be among the figures to present at next week’s PulsoConf. In a recent interview with PulsoSocial’s Clarisa Herrera, she shared her vision of the Latin American entrepreneurial market.

Clarisa Herrera: What is your vision of the current moment we’re experiencing in the Latin American technology industry?

Marta Cruz: We are in the midst of a scenario in which founding a company is very inexpensive. That doesn’t mean that it’s easier, but it is more economical. A decade ago, you needed an initial investment that was much greater than what is required today. That being said, notice that the entrepreneurs who created successful businesses years ago and were able to sell their companies or establish themselves as regional leaders have played an important role in constructing the ecosystem.

CH: How would you characterize the situation in each country?

MC: A context is forming that has the potential help all of us grow, given that we are able to take advantage of it as a region. Argentina has historically been a big producer of entrepreneurs, and Brazil constitutes an enormous market. In Chile, access to capital is in an excellent place, and tax-wise, Uruguay is a great locale to set up. Startups of increasingly high quality are emerging from Colombia and Mexico. This entire movement is sustained by private financing as well as government funding in some countries, like Chile, where a long-term strategy is in place.

CH: What is your perspective on access to capital? What avenues should entrepreneurs pursue?

MC: As with most entrepreneurial ecosystem scenarios, networks play a vital role in accessing capital. This can, at times, facilitate the process, but at the same time, it can make things harder for those new to the Latin American market. To increase growth, we have to enhance the results of the relationships established in these networks. This is why the role of accelerators in Latin America is so important. They generate the deal flow with VCs and family investors interested in the region. I don’t think that Latin America is dependent on Silicon Valley; nevertheless, Silicon Valley is a major technology hub with which we must have connections and from which we can learn. I believe that this is a collaborative space, and I don’t think that all of the companies that come out of Latin America need to seek capital only in the United States.

CH: Is innovation possible in Latin America, or is this pure copycat territory?

MC: Yes, there is a lot of space for innovation in Latin America. Our consumers have unique profiles and behaviors and are accepting of innovative products. Moreover, if we take into account the size of the Latin American market with access to smartphones, it is equal to that of the United States. Our market will grow over time, whereas that of the United States is reaching its maximum. Regardless, there is also room for copycats. Ideas don’t matter nearly as much as how they’re executed. In the adaptation of copycats to the region, needs arise that force the creation of new models. Leading Latin American companies have been created by adapting models, so if an idea is not original, that does not mean that it doesn’t have merit.

CH: How does the role of VCs differentiate from that of mentors and angel investors?

MC: They play different roles in the region. VCs inject capital when a business is a bit more evolved. Angel investors, including accelerators, invest even in the proof of concept phase, where risk is high and the company is not yet generating revenues. Beyond providing capital, angel investors lend contacts and help companies to grow in their specific areas of specialization. Angel investors give businesses a big push in their earliest growth phases. They prepare companies for larger investments from VCs, which foster more growth and bring them to new levels. In other words, VCs put businesses in the major leagues.

Alexandre Pinto on Culture, History and Heritage in the Digital Era
Entrepreneurial Inspiration and the Idea Challenge at For Leadership 2012