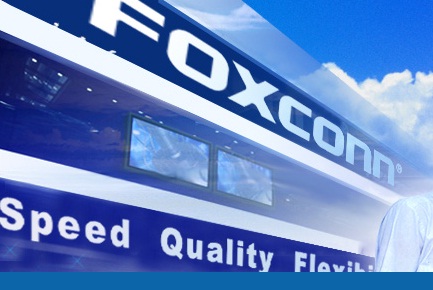 Brazil doesn’t only have the market – it’s also got the goods. Or at least it will soon, as yet another manufacturer has announced plans for a new technology plant in the country.

Foxconn Technology Group, contract manufacturer and parent of Hon Hai Precision Industry Co., has announced plans to build a fifth factory in São Paulo, Brazil. With an investment of US$492 million (R$1 billion), the company will construct a new facility to produce smartphones, tablets and other electronic devices. Though details have not been revealed yet as to what brands will be manufactured at the plant, Sony and Apple are among the corporation’s major customers.

This latest revelation comes as part of a string of announcements related to electronics manufacturing in Brazil. Earlier this month, Lenovo acquired local manufacturer CCE, and in August, Nokia Siemens revealed that it would be building a 4G plant in the country. It is likely that such decisions have been made in an effort to get in on the bottom floor and take hold of a strong market share ahead of competitors who will also soon be landing in the country’s market. These actions will also help corporations to circumvent price hikes caused by importing.

Headquartered in Taiwan, Foxconn Technology Group is the world’s largest manufacturer of electronic components. Though the majority of its production remains in China, the company has expressed interest in Brazil as an appropriate alternative. Foxconn has promised to create 10,000 new jobs with this latest facility, which will open in 2014 and reach full capacity by 2016.

Irene Ros @PulsoConf: There is a strong need to visualize the data we are collecting on the web
Alexandre Pinto on Culture, History and Heritage in the Digital Era