Late last month, Argentine crowdfunding platform Idea.me revealed its acquisition of Movere, the second strongest crowdfunding enterprise in Brazil to date. The announcement marks a growing trend of inter-Latin American mergers as of late, such as Elo7’s acquisition of Bixti in July.

In this latest case, Idea.me has chosen a strong Brazilian startup to take under its wing and commence local operations.

Movere was one of the first crowdfunding platforms to launch in Latin America. Company founders Vanessa Oliveira, Bruno Pereira and Enzo Motta studied the business model during 2010 and launched operations in 2011. Based in Rio de Janeiro, the Movere team has received significant support from Rio Criativo, a creative economy incubator that was the first of its kind in Latin America.

Since its launch, Movere has helped more than 60 projects to launch successfully, most of which have been related to culture and, more specifically, music. The platform has over 10,000 users and has raised nearly US$300,000 (R$600,000) for various projects.

A few of the enterprises to emerge from Movere have made quite a splash. The album Se Você Me Ouvisse, by Rio de Janeiro band Sururu na Roda, has been nominated for national awards. Bicicloteca, a widely-recognized São Paulo initiative to distribute books to the homeless, has also received crowdfunding support through Movere.

Now, Movere will serve as the center of local operations for Idea.me in Brazil. The company will expand its reach and further explore the potential for social impact in the country. As Idea.me currently has a strong hold in Argentina, Mexico and Chile, it will now seek to lead the way in the crowdfunding sector in Brazil.

Vanessa Oliveira, who will now lead Idea.me’s operations in Brazil, provided us with some insight into the acquisition and discussed what’s next. 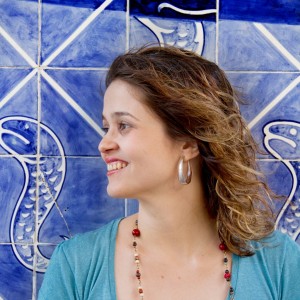 Emily Stewart: What was the path to this acquisition? Was an acquisition something you had in mind when starting out, especially by a fellow Latin American company?

Vanessa Oliveira: Movere was created before Idea.me, and when we first launched, we didn’t imagine merging with a fellow Latin American company. In mid-2011, we were approached by Idea.me regarding the possibility of merging the companies, but at the time, we thought it was too early for something like that. For us, it was more important to focus on our work in Brazil. However, we kept in touch.

Now in 2012, with experience in the Brazilian marketplace, we thought it would be the right moment for this partnership. Together, we will have more strength and more representation on a global scale.

ES: What shape will Movere take within Idea.me? What will your strategy be with respect to your competitors, such as Catarse?

VO: Now, our strategy is to look inside our Latin American community and identify how we can help creators to spread their ideas around the world. In my opinion, we don’t have to worry about competitors, and actually, we don’t acknowledge regional platforms as competitors. They help us to spread the word about the crowdfunding business model.

We are the only crowdfunding platform in the world that will have a native support in English, Spanish and Portuguese. Our business model covers different cultures. We have to stay focused on how we can help creators and donators on a global scale, which is very exciting.

ES: How does crowdfunding need to be approached differently in Brazil as compared to Argentina?

VO: In fact, the creators and donators in both locales are more similar than you think. They are people who want to be independent and produce, but they are often insecure about the potential of their work. In both countries, it will be important to prove that it’s possible mobilize your contacts to make your dreams come true. Crowdfunding is something real in Latin America, and anyone can do it, so let’s go.

Idea.me has taken off strong in the Latin American locales in which it already boasts a presence, but will it be able to do the same in Brazil? By going the route of acquiring a local company, it has made a good first move.