The crowdfunding concept has an enormous potential for social impact, possessing an innate character of community that can drive forward initiatives for change. In Chile, Reforest Patagonia is seeking to leverage just that.

Reforest Patagonia is a reforestation campaign aimed at restoring and reviving the Torres del Paine National Park, which was devastated by severe man-made fires that burned up 43,000 acres last December. The initiative launched in May of this year and is the largest and most ambitious reforestation project in Chile’s history.

Patagonia Sur, the Chile Image Foundation, the Under Secretary of Tourism, CONAF and ClanEco launched Reforest Patagonia as a public-private initiative. Through its online platform, individuals are asked to donate just US$4 to plant a native-species tree (lenga, ñirre or coigüe). Donors receive an official certificate of authenticity for their contributions as well as the GPS coordinates of their trees. Reforest Patagonia has also tapped into the power of gaming with Create Your Own Forest, which allows users and organizations to compete against one another to donate the most trees.

Reforest Patagonia has set a goal of planting one million trees by 2013. It most recently reached its first 100,000-tree mark. 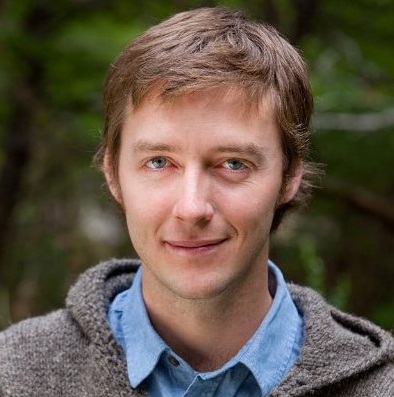 Thus far, tens of thousands of individuals from 36 countries have donated or gifted trees. The initiative has also received support from major Chilean corporations. Coca Cola, Falabella, Rockford, LAN and CuprumAFP have donated over 10,000 trees each, and Movistar, Everlast, Gasco, Abercrombie & Kent and Hotel Tierra Patagonia have made significant contributions as well. Over 70 of some of Chile’s most well-known journalists, athletes and celebrities have signed on as ambassadors for the cause.

Matias Rivera, Executive Director of Reforest Patagonia, filled us in on the initiative’s strategies and discussed the social potential of technology.

Emily Stewart: What have been your main strategies for donations? Across social media and gaming, how have you had to approach this differently?

Matias Rivera: Our main strategy has been to reach out across all levels– from individuals, to small organizations, to some of the region’s largest corporations. The campaign has gone viral in Twitter and Facebook, with many people sharing the campaign and their own trees with their friends and followers. The gaming aspects seen in the Create Your Own Forest feature have been an effective approach to inciting donations as groups and organizations compete amongst one another and invite friends to participate in planting the largest forest. There are now over 150 active forests.

ES: How has the initiative worked to leverage technology to reach its goals? Are there any plans to evolve or new endeavors in the works?

MR: Since day one, technology has been an integral aspect of the campaign. We’re aware that, today, the easiest way to reach people is online, and that’s fully reflected in our virtual forest platform, which is inherently innovative. We have many new endeavors in the pipeline, such as the Patagonian International Marathon in Torres del Paine and a Reforestón (reforest + telethon) which will be entirely conducted online and via radio– it’s the first of its kind in Chile.

ES: What challenges are posed in initiatives such as Reforest Patagonia in comparison to other crowdfunding projects? What are the advantages?

MR: It’s not always easy to motivate people to part with their money, but we’ve seen, thus far, that people are willing to donate to such an important cause. They are also attracted by the opportunity of having their own native-species tree in Patagonia, which they can one day visit, and the option of giving trees as gifts for birthdays or other important events. People love to receive trees as gifts!

ES: What example is Reforest Patagonia hoping to set for similar initiatives?

MR: We’re hoping to show that technology and social networks can be leveraged to achieve social and environmental impacts, and do something as concrete and positive as planting a native-species tree in one of the world’s most pristine natural environments.

Reforest Patagonia will continue to work towards its goal of one million trees planted in the months to come. Interested in getting involved? You can plant your tree today.