Last week, international digital marketing firm IgnitionOne announced the opening of its operations in Brazil. The company has set up local offices in São Paulo, which will be headed by Brazilian digital marketing veteran Edmardo Galli.

IgnitionOne already has operations in numerous locales around the world, including several U.S. cities as well as London, Munich and Singapore. The firm has organized campaigns for General Motors, Fiat and Ann Taylor and, according to its website, is behind over US$30 billion in revenues each year.

In selecting Galli to head its Brazilian offices, IgnitionOne has placed its operations in experienced and knowledgeable hands. Galli is a central figure within the Brazilian digital community, having headed Grupo Galli Participações, an investment firm and incubator for media-focused startups, for over 10 years. His most notable accomplishment in the area has been his work with 10’Minutos, one of Brazil’s first digital agencies. The company was acquired by Ogilvy & Mather and has evolved into Ogilvy Interactive in Brazil. Now at IgnitionOne, Galli will manage over US$1 billion in digital advertising annually.

Galli took some time out to tell us a bit more about IgnitionOne’s plans for its Brazilian operations as well as his impressions of the country’s digital scenario.

Emily Stewart: Why has now been deemed the time to open a branch in Brazil directly?

Edmardo Galli: This is the right time, right after the market’s consolidation. This is a key moment for companies to position themselves so as to secure their market share. The way to make it happen is to have local presence here, to commit with a local operation. I’ve seen companies trying to develop their presence without this commitment. It just won’t work. It’s such a distinctive market that it has to be run by local people.

ES: What sets the Brazilian digital marketing sector apart? How is it different from other markets, such as the U.S. or Europe?

EG: Historically, we follow U.S. with a lag of about five years. This gap is getting smaller, though, due to the fast pace of this segment. The interesting point is that we usually skip all the years of testing that go by in the United States in developing the market. We arrive late in the game and just adopt the solutions that have already been tested in the United States.

ES: You founded one of Brazil’s first digital agencies. How have you seen the digital sector evolve over the years? What trends do you currently see? Where do you think it is headed?

EG: I feel blessed for having witnessed this incredible revolution. The digital market has changed the world completely, and having seen it from scratch is really something special. 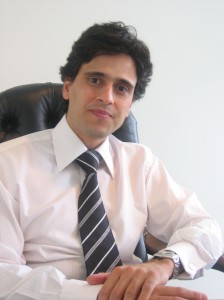 I founded my agency in 1996. At that time, I had to explain what a website was to big companies. I had to beg them to let me build them one, and, on top of that, I had to convince them to pay me for doing it. They couldn’t understand why it was necessary to pay for something so irrelevant…

Well, the digital market is very relevant now. The level of sophistication that marketing can achieve in the digital realm is immense. However, it is highly fragmented at this point. There are too many companies offering too many solutions for each channel of the digital market. And the solutions are soiled, i.e., they don’t share data with the other solutions. This fragmentation represents a great burden to digital marketing professionals when trying to make sense out of their digital strategies.

From now on, I believe that the consolidation and simplification of digital tools will be the trend. We’ll see more and more consolidated digital marketing platforms, where point solutions are integrated in one dashboard, and all data is unified, simplifying the life of the marketer significantly.

ES: What digital areas and marketing sectors will IgnitionOne focus on in Brazil?

EG: Each market responds differently to our DMS offering, and we see different entry points in each country. In Brazil, I would say that onsite conversion optimization, remarketing and search management/optimization have been the perfect entry points for our platform.

During the rest of 2012, Galli will work on continuing to consolidate IgnitionOne’s operations in Brazil and leading the company as an active agent in the development of the local digital market. Expansion into other Latin American locales will commence in 2013.