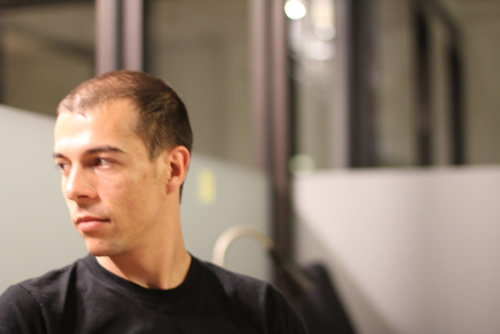 With BogotaConf only a month away, event co-founder and head Onswipe developer Juan Pablo Buriticá spoke with PulsoSocial’s Aleyda Rodríguez. He described his point-of-view with respect to the development of the content industry, user experience across various devices, and the challenges faced by developers in Latin America.

Aleyda Rodríguez: The Tablet was born as a toy and device for consuming content, but it has also become a productive tool. How has the device influenced content consumption, and how have corporate culture and teamwork evolved?

Juan Pablo Buriticá: The specific contribution of tablets has been the possibility to access more extensive content that is directed towards specific audiences. Consumers are able to choose content more related to their own interests. This allows for the tablet to reach many distinct niches.

Regarding productivity, there is also a lot to be said. In having the ability, with these tools, to automate many tedious processes – for example, data collection – our productivity increases. This is a direct consequence of immediate access to a large volume of information. Individuals can use various tools to process information and add value quickly, everything being transmitted in real time.

There are also less positive consequences, such as access to too much information and the need or obligation to be constantly connected. This must be evaluated in corporate contexts especially.

AR: How can developers get involved in the content industry?

JPB: Here, developers face the challenge of rendering the act of consuming much more efficient. For example, in developing algorithms that can filter over-exposure to information, thus avoiding overflow for consumers, or in creating interest-related recommendation algorithms.

There is also a lot of work to do in the area of user experience. In just a few years, we have shifted from physical content to digital, but no user experience paradigm exists. The opportunities for innovation in this sector are incredible.

AR: How should tablet tools and features be considered in the context of a market in which increasingly-specialized devices are constantly appearing?

JPB: Tablet manufacturers are working to implement the idea that the tablet can replace the computer, and I think that such efforts are off-base. What is happening is that we are shifting towards specialized devices.

Given that the tablet is not a replacement for the computer, it is important to concentrate on what is good about it and think about its functions. We have to create specific solutions for specific problems, as the paradigms involved are distinct. The challenge for developers is to achieve the best interfaces and to specify design.

AR: What will we see at BogotaConf regarding development trends in mobile devices and tablets?

JPB: I would like to cover the issue of responsive design, a trend with which I do not agree, because it attempts to adapt content to each device. I believe that what we need to do is to create content in function of a device. At BogotaConf, I am going to talk a bit about how we can optimize development without increasing the amount of work needed. We have to depart from the base of content-specific consumption and deal with how we can optimize development processes and architectures.

AR: The Latin American market is growing right now, but there is a sensation that there are not enough developers, nor are there individuals daring enough to innovate. How can that change in order to seize the moment?

JPB: The problem isn’t that there aren’t enough developers. The issue is that the developers out there are involved in an industry that lacks focus on the creation of new things and on the development of solutions. The Latin American industry is focused on following trends – it doesn’t see itself as a leader.

The click needs to come when we realize that we have to stop being followers and start being leaders. It’s time to start developing solutions to interesting problems instead of concentrating on copying and adapting trends.