Traffic is a problem most urbanites face each and every day, and with the rise of mobile technology, it is an issue that a number of startups and applications are looking to address. While the logic makes sense – alert city-dwellers of traffic information – the issue of revenue generation is not so easy to solve. Wabbers co-founder André Paraense pointed out just that in a recent conversation.

Wabbers is the first application out of MobWise. It is an application for Android and, most recently, iPhone that provides traffic information. It is a species of social network for drivers. Originally launched in São Paulo, it is now present in nine other Brazilian cities: Rio de Janeiro, Belo Horizonte, Brasília, Salvador, Curitiba, Porto Alegre, Recife, Fortaleza and Campinas. Competing with similar apps and services such as Waze, Trapster and even Google Maps, Wabbers was born out of a project that began at the State University of Campinas in Brazil.

The Wabbers Android app launched in February of this year, and a limited version of its iPhone app hit the market just days ago. A fuller version of the iOS app will become available soon.

The Wabbers team has big plans for its app by the end of this year – Paraense explained that they have set the goal of reaching 500,000 users. This seems like quite a tall order, considering the application has just 50,000 users today. However, Paraense expressed a clear vision of how he plans to get there.

Though the iOS app has come out with limited features, a fuller version will be released soon. With that, Wabbers will hopefully double its user base from 50,000 to 100,000.

Beyond that, with expansion into each city, new users will come. While numbers similar to what has been experienced in São Paulo may not be reasonable to expect due to population sizes, it’s likely that thousands of new users will sign up by the end of December. Paraense did not rule out expansion into more Brazilian cities, considering the process is quite simple in terms of digital mapping and testing.

Though Paraense and the Wabbers team have set a highgoal for themselves, they are well aware of the challenges and obstacles that remain ahead.

One issue to continue to work out is that of safety. We all know that mobile devices and cars can be a dangerous combination, so how can the Wabbers team ensure users will use the app safely? While it is, ultimately, up to the user to be responsible, Paraense explained that it is an issue he is working to address. When one is driving, the app acts much like a GPS navigator, not requiring any manipulation by the user. In addition, the Wabbers team is currently working out speech-to-text and text-to-speech features to help avoid issues with safety and distraction.

Another issue to pan out? That of internet connectivity. While Paraense recognized a rather low penetration of mobile devices in Brazil, he expressed more concerns over poor and slow internet connections. When an enterprise, such as Wabbers, needs to grow its user base, this can prove a most difficult barrier to overcome.

The Problem of Profitability

Paraense expressed optimism regarding such challenges, however, explaining that creativity is essential in finding adequate solutions in difficult situations. He was open about the fact that a number of groups are currently attempting to solve the same traffic-related problem as Wabbers; however, he also recognized that none has identified a completely sound way to do so successfully.

The big issue for most is that of revenue generation. While traffic-related apps have an obvious appeal to consumers, monetizing them in a way that is profitable and sustainable can prove extremely difficult. Wabbers is looking to address this issue through premium features, though no testing has been done yet.

The Wabbers team will continue to work out the issue of profitability and revenue generation, right now concentrating largely on user experience. Likewise, it will look into the possibilities of a complementary location-based carpooling app. Overall, Wabbers will continue to seek a valid and profitable business model that works in Brazil and, potentially, in the rest of the world. 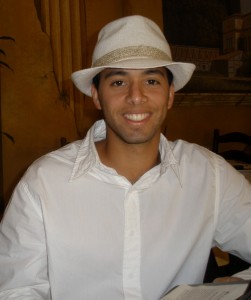 In closing, Paraense discussed his involvement in the startup community outside of Wabbers – namely, as the founder and ex-VP of the Campinas Startup Association. What was his outlook on the scenario surrounding startups in Brazil today?

Paraense pointed to the recent government initiative TI Maior (More IT) as a positive sign. Through it, the Brazilian government will designate US$250,000 to technology and software development, including startups.

Nevertheless, Paraense explained that there is still a sizeable gap in terms of the alignment between startups and large companies. He explained the ideal ecosystem as an engine, where startups innovate, big corporations acquire those startups, and entrepreneurs move on to new projects. As startups and corporations in Brazil are still struggling to align strategies and business concepts, this cycle has not yet taken off in the country.

Paraense pointed towards education as the remedy for this. Entrepreneurs are still lacking in Brazil, and the main way to address this issue, according to Paraense, is by providing more entrepreneurship-focused education. While the situation is changing, in Brazil, entrepreneurship is not generally viewed as a viable career alternative. Little by little, entrepreneurs like Paraense are changing that.