Idea.me has proven quite successful since its launch over a year ago, having helped 50 ideas reach their funding goals and raised US$180,000. Already strong in Argentina, Mexico and Chile, this latest acquisition will be essential for its expansion strategy into the coveted Brazilian market.

A few weeks ago, Idea.me’s Head Rebecca Plofker gave us an update on the company’s current situation and outlook. Her optimism regarding the potential of crowdfunding in Latin America was evident, probably in part to the knowledge of this imminent buy.

Movere is likely to prove a huge opportunity for Idea.me in the Brazilian market. The company is Brazil’s second largest crowdfunding platform (after Catarse). It has led to the success of 60 projects and garnered a community of 5,000 backers. Interestingly, it’s been around a few months longer than Idea.me.

Most of Movere’s founding team will join Idea.me, thus representing the company in Brazil. Regarding what’s to come with this buy, Plofker explained the company’s expectations to one one news source:

The Movere team brings everything we could have looked for in a Brazilian partner – a successful track record, local market knowledge and the passion and energy to succeed.  With Movere aboard, we have the team in place to scale. Together, we will enable and support more creators across more categories to launch their ideas.

While crowdfunding still has a long way to go in Latin America, especially when it comes to the issue of online payment, this is definitely a step in the right direction. 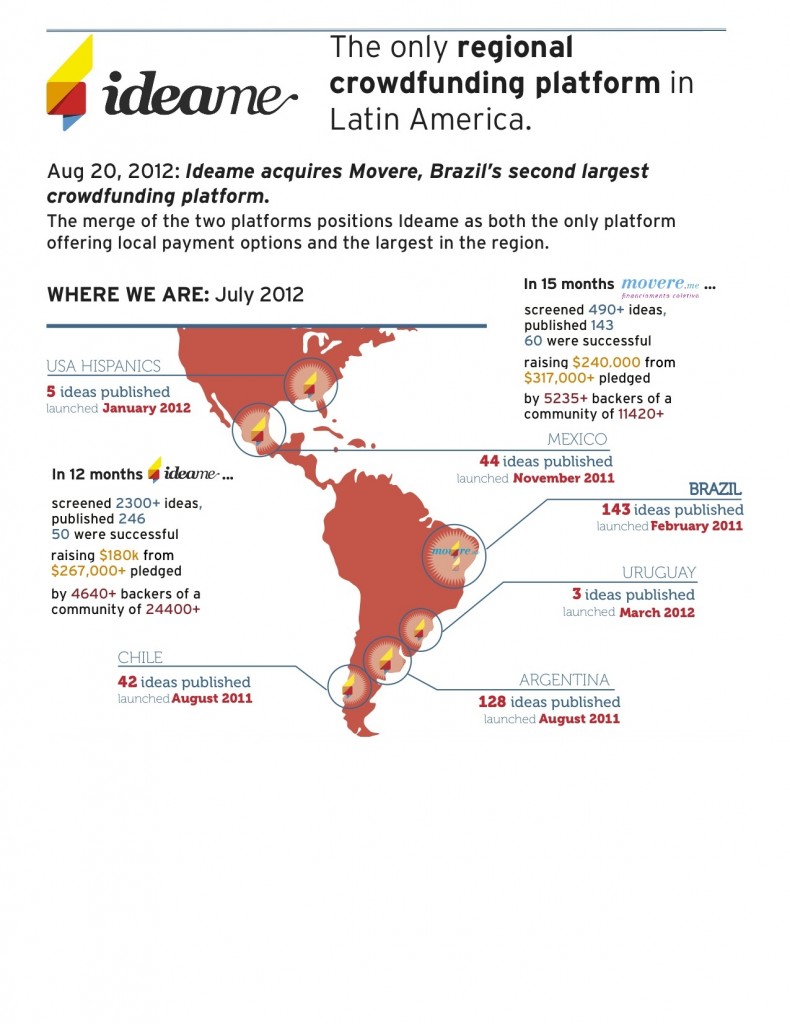