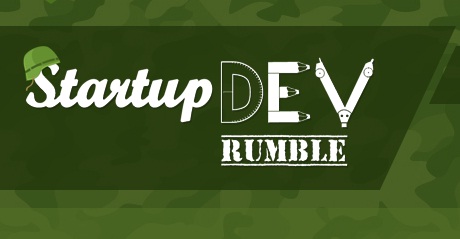 Brazil’s Startup DEV Rumble, a 48-hour challenge for developers and designers, is on its way. On September 1st and 2nd, teams of up to four people will be given just two days to build a web application. The kicker? Everything has to be done from scratch.

Participants will be allowed to develop an app using the web framework and programming language of their choice. The apps will later be evaluated on the design, innovation, utility and visual appeal. The Rumble is a virtual competition, meaning teams will be able to work from wherever they please.

The winning teams will be awarded an impressive array of prizes, including the Kindle Touch 3G, iTunes and Heroku credits, coding and programming instruction courses and workshops, and interviews with the HE:labs team. You can find the full list of prizes on the Startup DEV Rumble website.

After apps have been delivered at the end of the day on September 2nd, they will be evaluated on the 3rd and 4th. Contest judges include Arthur Granado of 21212, Thiago Lavor of Alavancar.me, and Diego Remus of IG Startups. The winners will be announced on Wednesday, September 5th.

The Startup DEV Rumble has been organized by Rio Info and HE:labs and is sponsored by GitHub. Inscriptions are still open if you’re interested in participating. Just remember, no cheating! Those who go in with a pre-developed app will be disqualified from the contest.

Nine Startups to Launch at TechCrunch Disrupt’s Brazilian Pavilion in September
Rosana Reischak of Listus: “People have no idea what it takes in Brazil”