This Thursday, August 23rd, 10 applications will be presented by entrepreneurial teams competing in the finals of AppCircus São Paulo. In terms of theme, the apps pretty much run the gamut, from traffic information to tour guides and even pinball. Locamob will also compete as perhaps the most comprehensive and communicative app prototype on the list.

Based in Brazil, Locamob boasts both an online platform and soon-to-be-released application. A bit like Yelp with a social twist, it helps people to connect with local businesses, meet others with shared tastes, post reviews and find out about local deals and sales. Locamob also makes local suggestions according to the personalities of its users. It is aimed at helping consumers connect with people and businesses in their areas.

The company was founded by Felipe Trevisan and Vitor de Mesquita. Childhood friends, the two have extensive experience as corporate professionals – Trevisan with Siemens and de Mesquita with Google and Dafiti. Locamob is the first full-fledged entrepreneurial endeavor for both of them.

In a recent conversation with de Mesquita, I learned a bit more about Locamob as well as the entrepreneurial team behind it.

At the beginning of our conversation, de Mesquita explained the path to Locamob, which commenced during his college days. As a hobby and in order to make some extra cash, he and Trevisan began building websites for local businesses, upon graduation having added at least 50 different web addresses to their repertoire. Professionally, the two parted ways, and de Mesquita went on to work at Google and Dafiti. During that time, he learned the ropes of online advertising, spent time in Silicon Valley and experienced startup success first-hand. This led him to reach out to Trevisan at the end of 2011 with one question in mind: Why not try to do something ourselves? 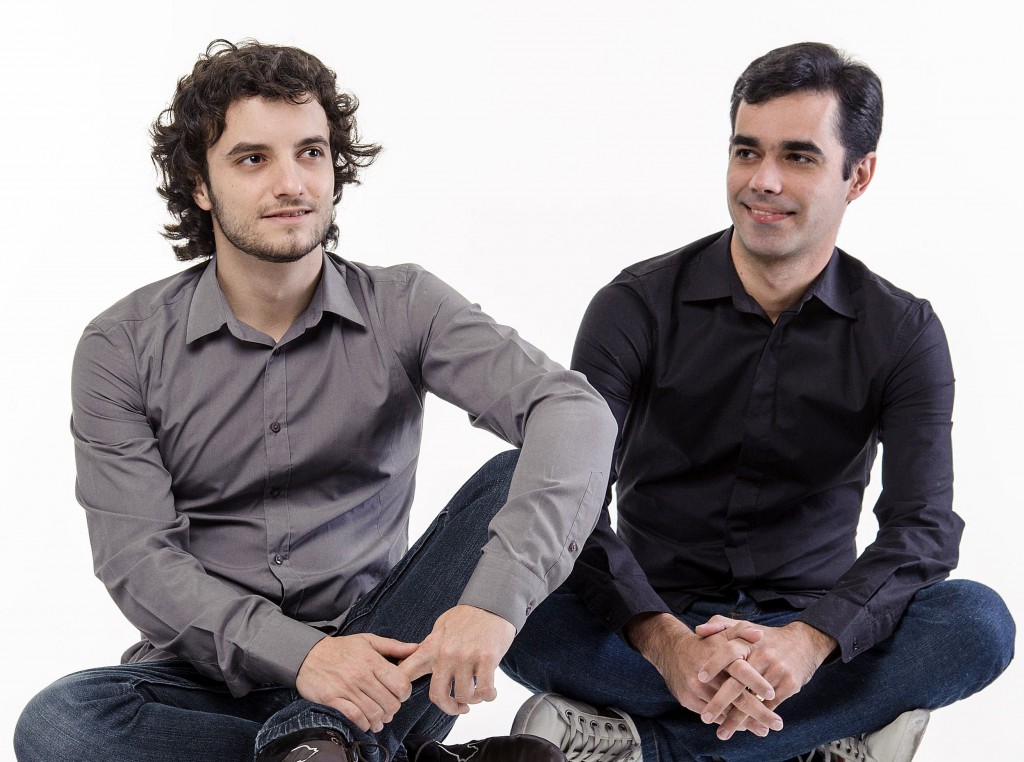 Keeping their experience in small business website building in mind, the two set out to identify opportunities and study the situation at hand. In their research, they discovered that at least 2.5 million companies in Latin America do not have a website. Moreover, among those that do, many are outdated. The two also called to mind examples such as Yelp, which has more than 80 million users but remains weak in terms of social strategy and option suggestions.

Trevisan and de Mesquita came upon a market they deemed underexplored in Latin America and Brazil and spent the next six months developing the product that is Locamob today.

For businesses, Locamob serves as a single spot to place up-to-date information such as phone number, addresses, services, etc. At the same time, the platform caters to consumers with reviews, suggestions and the social mechanisms it has since taken on. It is a win-win situation for all involved.

The Locamob platform launched earlier this month, and the app will hit the market in the weeks to come. De Mesquita explained that the company is currently focused on the user, improving experience, receiving feedback and connecting people. Next year, the Locamob team will shift its focus to revenue, which, thanks to an investment from the co-founders of Airbnb, is not the most urgent issue on Locamob’s plate.

When asked about the funds received, de Mesquita explained that he met with approximately 30 investors in Brazil prior to meeting Christian Gessner and Stefan Schimenes, the co-founders of Airbnb who were in the process of setting up a small fund for startups at the time. Recognizing the similarities between the relationship-based strategies employed by the two enterprises, the Airbnb team chose to invest in Locamob. De Mesquita described Gessner and Schimenes as two of Locamob’s biggest supporters, helping the company identify how to engage users and spread the word. Since the Airbnb investment, Locamob has received two other seed round investments, the sources of which are undisclosed.

For the time being, Locamob is enjoying light competition in the Brazilian marketplace where it has established an initial presence. Yelp has not arrived yet, and while Foursquare and Apontador are on the map, they are not as comprehensive as Locamob. Its biggest competition is likely Google Places; however, de Mesquita ensured us that his own experiences seeing various beta versions of Google Places while at Google have left him at ease.

Nevertheless, Locamob has a long road ahead. Its platform is brand new and will likely undergo changes as user feedback is received. And the server integration kinks are still being worked out for its yet-to-launch app. 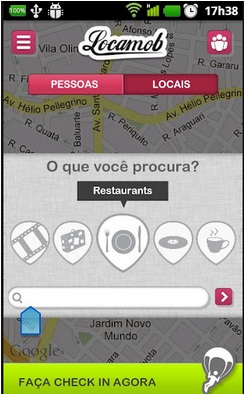 De Mesquita is optimistic about Locamob’s current offer as well as what’s to come, noting a number of its unique and friendly features. As users can connect through Foursquare, Facebook or Twitter, signing up is simple and easy to do. Locamob offers suggestions for users based on personalities, locations and categories – in other words, if one is in a certain neighborhood and in the mood for Chinese food, he or she “tells” Locamob that and receives corresponding information. Perhaps one of the most interesting aspects of Locamob is the geolocation-base chat feature, which puts users in touch with contacts nearby. It also alerts users of local flash deals, thus helping businesses to bring in customers.

Currently, Locamob is focusing its efforts on Brazil. However, the company has gathered data for locations in the United States, Argentina, Chile and Mexico, where it will head next semester. By 2014, the company aims to acquire a 5% market share in Latin America, which would represent annual revenues of roughly US$20 million.

In closing, de Mesquita touched on his own personal experience in foregoing a traditional position in order to give it a go as an entrepreneur. He pointed his decision as part of an important trend among professionals around the world, something that began, for him, with the start of Facebook. There are tons of projects out there right now seeking to connect people and possibilities, and Locamob is one of many.

In making it to the finals of AppCircus, Locamob has proven that it can impress. However, as de Mesquita himself noted, it is one of many endeavors out there right now. The company’s ability to monetize will likely have an important role in its success – de Mesquita mentioned paid premium options for companies and market data sales as possible avenues of revenue. However, it will ultimately depend on users to decide Locamob’s fate.

Brazilian Wireless Community to Gather at Innovation Qualcomm 2012 Tomorrow
Brazil to Designate Nearly US$250M for Software, IT and Innovation