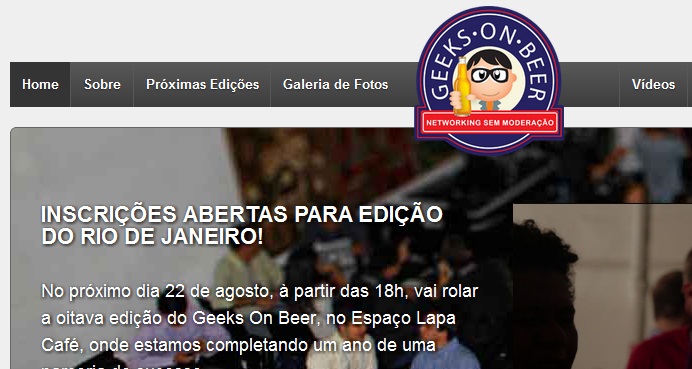 Geeks on Beer is on its way to Rio! This Wednesday, August 22nd, the organization will host the eighth edition of its networking event at Cafe Lapa in Rio de Janeiro, Brazil. Geeks on Beer most recently hosted Geeks on Campus as part of Campus Party Recife.

Wednesday’s Geeks on Beer event will feature speakers Silvia Valadares, Local Software Economy Lead at Microsoft, and Gustavo Guida Reis, Board Member at Fisgo and CEO of HelpSaúde. Participants of Startup Farm Rio de Janeiro, which kicked off over the weekend, will also take part in the event.

As always, a main attraction will be the Speed Networking portion of the evening, where entrepreneurs and startup teams will be allowed five-minute sessions with important members of the local startup ecosystem. Several accelerators will be in attendance, including 21212, Experimental and Buscapé (which will be seeking startups for participation in its Sua Ideia Vale Um Milhão contest).

Today is the last day to reserve a space prior to the day of the event. Otherwise, it’s possible to pay at the door when the event starts this Wednesday at 6:00 p.m.

Brian Paniagua: “The mobile payment business will explode in Latin America”
Rebecca Plofker: “The point of crowdfunding is to be democratic”