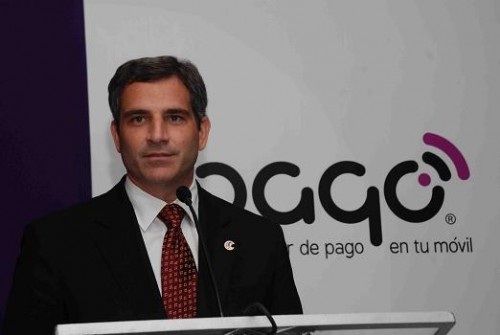 The company already has a strong hold in the Dominican Republic, its client base there having grown 57% over the past year. Currently, tPago has over 300,000 users in the Dominican Republic – 16% of the banked population. Moreover, the platform has demonstrated stellar transactional potential, processing 600,000 operations per month. Since it hit the market just over two years ago, roughly 10,800,000 transactions have been made on the platform for over US$69 million.

The launch is taking place in a region that, according to Pyramid Research, represents the perfect storm for the expansion of payment systems via mobile devices. While the World Bank reports that 60% of Latin Americans do not have access to banking services, 90% have a cell phone. With this in consideration, cell phone payment platforms represent a huge opportunity to reach a big portion of the population with a financial service offer that is simple, comfortable an affordable.

In this scenario, Pyramid Research predicts that mobile payment platforms in Latin America will grow explosively in the years to come, going from 18 million users in 2011 to 140 million by 2015.

Brian Paniagua, CEO of GCS International and tPago, has more than 20 years of experience in the financial services field. He spoke with PulsoSocial’s Clarisa Herrera about the business niche that is mobile payment in Latin America

Clarisa Herrera: What is behind the huge business opportunity for mobile payment in Latin America?

Brian Paniagua: According to data provided by the World Bank, 250 million Latin Americans do not have access to banking services – 60% of the region’s adult population. In other words, a huge amount of people go without access to even the most basic financial services. This reality has a very visible impact on daily life, for example, when one is forced to go to a cash payment point in order to pay a cable bill. It is a waste of time and money. This, however, is just the tip of the iceberg. Unbanked individuals have difficulties accessing credit and financing. For an individual who has no credit history to show, it is practically impossible to get a home loan. The mobile payment business will explode in Latin America.

CH: Nevertheless, an important point for the business is the growth of smartphones.

BP: Yes, there are two key factors on the user end of things that make mobile payment services very attractive. On one hand, the enormous penetration of cell phones. In Latin America, there is more than one mobile phone per inhabitant. This is a technology that has been widely adopted across all social classes. There are many people who don’t have a bank account but do have a cell phone. On the other hand, the World Bank reports reveal that many individuals reject the idea of opening a bank account due to high costs and challenging documentation requirements. Platforms like tPago are a solution, in this sense, because they are low cost and have almost no access barriers. Moreover, their benefits are easily perceived: users can pay their bills, whenever they want, wherever they want, without having to travel. With the time and money one saves in just one operation, the service has already paid for itself.

CH: What will happen if the smartphone user community continues to grow?

BP: The increased use of smartphones will not damage for these types of platforms, as they may be used with any kind of GSM phone, whether it’s a smartphone or a more conventional device. In fact, smartphone penetration in the region is growing, and it will undoubtedly continue to do so in the years to come. The key is to create a platform that can be used by the most people possible and make their lives easier. That’s why we’re using the GSM network via the USSD system. That said, we understand that there are people who would be more comfortable using our platform through an app. With the goal of reaching the most users possible, we are currently developing software for the leading smartphone operating systems.

CH: For what types of transactions is mobile payment appropriate?

CH: What countries will you go to next?

BP: We’ve already planned to launch tPago in Colombia, El Salvador, Guatemala and Puerto Rico. Of course, our expansion plans don’t stop there. Our intention is to reach the most Latin American companies possible, and we are currently in talks with potential partners in Argentina, Peru, Chile, Brazil, Costa Rica and Panama. Our priority is to grow throughout the region and bring mobile payment systems to individuals without access to banking. We are also planning to launch new operations, including remittances and donations (tDono).

Brazil to Designate Nearly US$250M for Software, IT and Innovation
Today the Last Day to Sign Up for Geeks on Beer – Rio on Wednesday