Last week, HUNT Mobile Ads introduced Alexandre Jordão as the manager of its operations in Brazil. The Latin American mobile ad leader opened its Brazilian offices in São Paulo in June, having remained quiet as to who would take charge of its Brazilian branch until now.

An interesting figure, Jordão has a significant background in sales and advertising, having led teams in Brazil and Mexico for Microsoft Advertising. We got in touch with him to learn a bit more about his expectations for HUNT as well as the mobile market in Brazil as a whole.

Our conversation commenced with a discussion of Brazil’s mobile industry. As it stands today, penetration of smartphones in Brazil is approximately 15%. Jordão pointed out that this number is growing quickly, however, signaling that penetration was under 10% in 2011. Moreover, he noted that 55% of cell phones sold in Brazil last month were smartphones. Jordão believes that such numbers point to mobile becoming a mass media in Brazil, like television and radio, strengthened by innovation.

In turn, a growing opportunity is arising for advertisers and agencies in mobile media. More and more entities are starting to see mobile advertising as an important channel for communicating with consumers. Jordão mentioned the example of Hotels.com, which already has a mobile site and application up and running.

Players from various rubrics are looking to get in on the mobile advertising bandwagon in Brazil – e-commerce, m-commerce, branding agencies and advertisers alike. Moreover, international enterprises, such as Millennial Media, are considering operations in the country, where mobile momentum is in full force.

Mapping Out the Road Ahead

As for his hopes and plans for HUNT in Brazil, Jordão indicated a obvious game plan that includes strengthening relationships with existing clients and gaining new business as the same time. Initially, the company has mapped the top 20 agencies and top 10 advertisers in branding and created a list of 50 performance clients (aggregators, m-commerce and those from the web side of the business) to go after.

Over the next six months, HUNT will likely hire at least five more professionals as part of its Brazilian team. And as for the next 12 months, Jordão estimated an earnings opportunity of US$6 million. 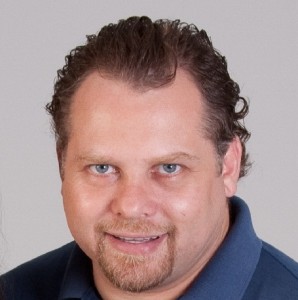 During the latter part of our conversation, Jordão touched on his personal experiences in advertising sales and his shift into the mobile sector. In his previous work with Microsoft Advertising in Brazil and, most recently, Mexico, Jordão explained that he had access to a huge inventory, none of which was in the realm of mobile ads. At Microsoft, he began to seek out companies to help him to monetize that inventory, which is how he came across HUNT.

His experiences with HUNT and impressions of the mobile industry overall have led him to recognize a huge opportunity in his new position. There are numerous players in the digital world, many of which have a huge amount of inventory in the mobile space but don’t know how to sell it. Jordão’s goal with HUNT is to help with just that.

While some corporations remain resistant to mobile advertising, citing fears that it interferes too much with user experience, Jordão does not agree. Instead, he sees mobile as the perfect combination of mass coverage and complex segmentation that no other sector will be able to offer, at least in the short term. Mobile advertising allows for personalized, one-on-one communication.