Last month, HUNT Mobile Ads announced the opening of its Brazilian branch in São Paulo. Following the announcement, HUNT founder and Co-CEO Gastón Bercún shared a few details about the expansion – communications, set-up, expectations, etc. One issue he was not candid about, however, was the identity of the individual who would be heading HUNT’s operations in Brazil. Luckily, today, that’s changed. 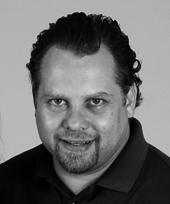 Jordão’s digital career commenced in 1998 at StarMedia Brazil. In 2004, he started his own social and cultural marketing agency, Sociallink, which was sold to Grey Worldwide in 2004. He moved on to work in sales at Microsoft Advertising in Brazil and Mexico, experiencing significant success in both locales.

In his new position at HUNT, Jordão will be responsible for business development, strategic partnerships, sales and revenue growth. He commented, “I believe Mobile advertising delivers what most of the marketers are looking for: huge segmentation capability that goes further than gender and age (segment by device and geolocalization, for instance) with massive reach – with more than 200 million mobile devices it has the potential to become the biggest media in Brazil – and I am sure we will reach our goals with HUNT to lead this huge market.”

With Jordão on board as Country Manager, HUNT looks to lead the mobile advertising industry in Brazil and Latin America as a whole.