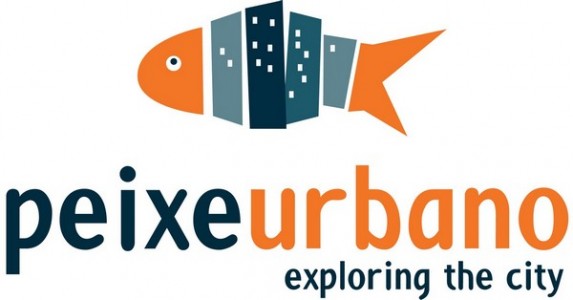 Daily deal websites have exploded over the past couple of years, and in Latin America, Peixe Urabano is leading the way. Having launched just two years ago, the Brazilian platform has become a major player in the region not only for consumers but also for businesses and investors, even facing the stiff competition of Groupon, which, while weakening around the world, maintains a significant hold in Latin America.

Peixe Urbano was founded by Emerson Andrade, Julio Vasconcellos and Alex Tabor, who met at Stanford University. Following its launch in Brazil, the company has reported rapid growth, selling two million coupons in its first nine months. Today, it has a presence in approximately 100 Latin American cities and over 1,000 employees around the world. It has completed three rounds of investments and received funds from Morgan Stanley, Tiger Global Management and Monashees Capital. Peixe Urbano has been involved in the Brazilian group buying industry from the ground up, the total daily deal market worth in the country reaching US$843 million in 2011. The sector is still evolving, though, and many are looking to get in on the action – U.S. interactive media company Myriad Interactive announced plans to tap into the market with CupomZilla just a few months ago.

As the company and the market overall continue to advance, Peixe Urbano looks to remain on top by way of vertical and horizontal shifts. It will also maintain its focus on deals that are tailored to each of its audiences, which has helped it fend off Groupon in the past.

Emily Stewart: Peixe Urbano faces tough competition from the many daily deal websites out there today, including Groupon. How does it differentiate itself in order to stand out among the crowd?

Leticia Leite: In March 2010, we were the first to introduce the daily deal concept to Latin America. After consolidating the Peixe Urbano brand as a true reference in the category, scoring high on quality, reliability and overall reach versus competitors, we are now expanding into new segments, such as online reservations and food delivery. Our goal is to be much more than just a daily deal site. We want to help people explore the best local products, services and activities, and we believe there are several ways to do that.

ES: Right now, Peixe Urbano operates in Brazil, Chile, Mexico and Argentina. How many users do you have in each country? What countries and cities are your strongest? Where is the company planning to go next, and how is roll-out planed in each new locale?

LL: In only two and a half years, we expanded to more than 100 cities in Latin America. In total, Peixe Urbano has more than 20 million registered users in Brazil, Argentina, Mexico and Chile. Brazil remains our largest market by far – it is also the one where we have operated the longest. The company expanded to Argentina, Mexico and Chile in 2011 (in March, August and November respectively). This year, Peixe Urbano further strengthened its position in the region by acquiring the Latin American operations of Groupalia. The plan is to fully integrate the two companies and focus on the current markets before expanding to new ones.

Emily Stewart: You’ve bought and acquired a number of companies this year, including O Entregador, Zuppa and Groupalia. What has been the process behind this? How is your acquisition power related to the investments you’ve received?

LL: We’ve received three rounds of investments which have certainly fueled our growth. The three recent acquisitions are part of the company’s strategy to grow both vertically, within the daily deal space, and horizontally, to new segments that fit well within the company’s mission: to help people explore the best things to do in each city while helping local merchants grow their business.

ES: With Groupon, the website exploded and then simmered out quite quickly. Do you think it is possible for the same to happen with Peixe Urbano? What measures are you taking to ensure that it doesn’t?

LL: We believe there is enormous potential in the Latin American digital space and still lots of virgin territory. Peixe Urbano’s launch gave rise to a startup boom in the region. We believe we’re only in the beginning of very exciting times.

In closing, Leite explained that Peixe Urbano will continue to evolve along with technology and the development of the regional market. The company will roll out new solutions, features and channels and implement improvements. Next up: deal personalization.