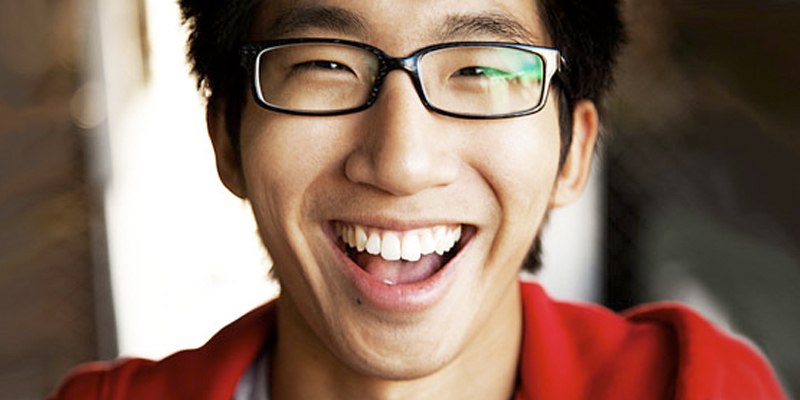 Nomad and explorer. That’s how Brian Wong describes himself. He is also one of the youngest entrepreneurs in the tech industry to be funded by venture capital, and he received a Bachelor’s Degree in Commerce from the University of British Columbia at the age of 18.

Wong is what many would call a genius. He is a creative young man who understood early on the balance between social networks, advertising and gamification. He boasts  accomplishments such as the creation of the Twitter tool FollowFormation.com and his work as the head of Business Development at Digg.com.

Now, Wong is the founder and CEO of Kiip, a rewards network that takes gamification to the next level by giving users real-world rewards from brands through mobile games, Disney, BestBuy and Carl’s Jr. make the list of company’s he’s worked with. The company recently completed its Series B funding round, led by Relay Ventures, of US$11 million.

In September, Wong will attend and speak at PulsoConf, the event organized by PulsoSocial to bring together top entrepreneurs, investors and hackers from the U.S. and Latin America. I had the chance to interwiew Brian about his PulsoConf plans and a few topics related to the entreprenurial ecosystem in Latin America.

Alexandra Ximenez: Do you think Latin America should focus and promote social causes through technology (social apps, websites, etc.), given the educational and economic issues in the region?

Brian Wong: I absolutely agree with this. Now I’m not super familiar with existing initiatives that have already been kicked off in the region, but using technology to accelerate awareness and change is never a bad policy. I also think the proliferation of messages –  specifically through social media – can rally the youth community much more quickly.

AX: Talking about tech startups, do they promote a different culture  when it comes to employment, economy and opportunities for young – and not so young – people? In Mexico, at least 70% of formal employment comes from small and medium enterprises, but not all of them are tech-based.

BW: Of course. Small businesses have always been a huge contributor of employment. Startups, specifically, here in the US contribute to a huge amount of employment in and out of the tech sector. Because venture capital injection is attracted to higher-risk businesses, there’s a much bigger opportunity for huge employment impact over a shorter period of time. I would think that similarly, in Latin America, the startup culture can really show government leaders what is possible if the spotlight is put on it.

AX: What is your personal perspective on the Latin American entrepreneurial ecosystem?

BW: I’ve (surprisingly) been to a few areas of Latin America, specifically with an eye towards entrepreneurship and promoting that culture south of the border: Social Media Day (Bogota, Colombia), WebConfLatino (Tegucigalpa, Honduras) (…) I love it. With my various interactions with four cities in the region… I am thoroughly impressed with the activity there. I was so impressed that we have even recently taken on two new Kiip family members in Bogota, Colombia, and we have an office located down there. I’m excited to visit and share more with the LATAM tech entrepreneurial community in September!

Don’t miss the opportunity to meet Wong at PulsoConf on September 28th and 29th. To buy your tickets, visit the official PulsoConf website.

Eduardo L’Hotellier of GetNinjas: A Different Kind of Entrepreneurial Story
Six Startups to Compete at Pitch Digital in Campo Grande on Saturday