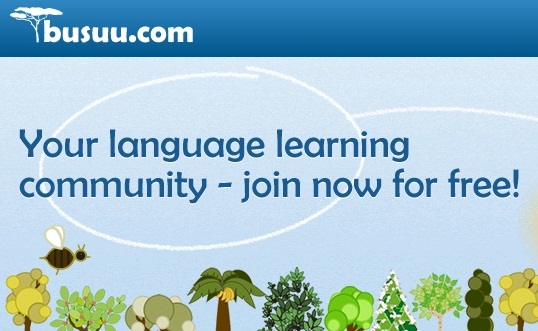 With the market tanking in Europe, an increasing number of entrepreneurs and professionals are seeking solutions from enterprises that break away from traditional business, such as startups and new technology companies. And in Spain, where the economy is currently extremely rocky, this growing trend is shaping up to be quite effective, especially for endeavors getting involved in developing markets in Latin America.

Spain-based language learning platform busuu.com is living, or better said, surviving proof of just that – it has soared despite the bleak economic climate in Spain, and what’s more, a fair amount of its prosperity can be attributed to its growing popularity in Brazil.

busuu.com was founded in 2008 by Bernhard Niesner and Adrian Hilti as an official project of UNESCO’s International Year of Languages in 2008. It has won a number of prizes since then and was named the best education startup at The Europas TechCrunch Awards in 2011. The company has experienced steady growth since its launch and receives thousands of visitors for month.

Today, busuu.com is the largest online language community on the market. Its over 19 million users learn alongside natives through video chats and peer-to-peer connections in a motivational environment with aspects of gaming. Currently, busuu.com offers courses in 12 languages through its online platform as well as through mobile applications for iPhone and Android.

busuu.com is based on the freemium concept, with Basic and Premium versions. The Basic version of the platform is entirely free of charge and allows access to more than 150 learning units, busuu-talk and the group function. The Premium membership includes full access to all of the program’s functionalities and premium content for its apps.

The company has witnessed an explosion in popularity in Brazil as of late – likely some important news for OpenEnglish, which, as we’ve reported, will be setting up in the Brazilian market soon. With a distance learning market in Brazil that is worth an estimated US$30 billion a year, however, there is likely more than a fair share of wealth to go around.

Ludmy Paiva, Country Manager for Brazil at busuu.com, talked with us about the company’s experience in Brazil, touching on the many intricacies involved in doing business in the country.

Emily Stewart: How do you plan to capitalize on Busuu’s growing popularity in Brazil? What investments and marketing strategies do you plan to employ, and what are your expected revenues?

Ludmy Paiva: We see Brazil as a very strategic market and will continue to grow our market share there. We believe that our product is very suitable for Brazilian users due to its fun approach. Moreover, it is much more attractive in pricing compared to traditional learning methods.

ES: What is your approach when dealing with the Latin American marketplace as opposed to other destinations? What about in dealing specifically with Brazil?

LP: In having a virtual product, we tried from the beginning for our product/go-to-market approach to be as “global” as possible. Nevertheless, we have hired Brazilian experts who help us to adapt the products/marketing/PR to local needs.

ES: busuu.com has recently experienced a surge of users in Brazil. Can you provide specific numbers on this? What languages are Brazilians looking to learn? What other specifics have you noticed about Brazilian users?

The reasons that motivate Brazilians to learn a new language have certainly changed in recent years. The main reasons for our users to take up language learning are fun (46%), travel (35%), and business (29%). What is also interesting is the fact that 21% of our users learn languages for mental training.

ES: You offer a number of mobile apps. Where have those been most popular, and how have they fared in Brazil?

LP: The busuu.com apps teach 11 different languages in a fun and entertaining way. Each day, more than 20,000 apps are downloaded.

More than 40 percent of the busuu.com users learn English on the apps, followed by Spanish and French. They also are very popular in Brazil as Brazilian users seem to enjoy the convenience to learn a language directly via the mobile phone.

Given busuu.com’s feats in Brazil, which have likely had an important role in the company’s prosperity in spite of the economic troubles in its home country, one can’t help but wonder whether other European enterprises will follow suit. Might Brazil and Latin America be able to save the European economy? We wouldn’t go that far, but it’s impossible to ignore that the region may be of great help.

To Accelerate, or to Go It Alone? That is the Question.
Ingresse Combines Online Event Sales and Social Media in Brazil