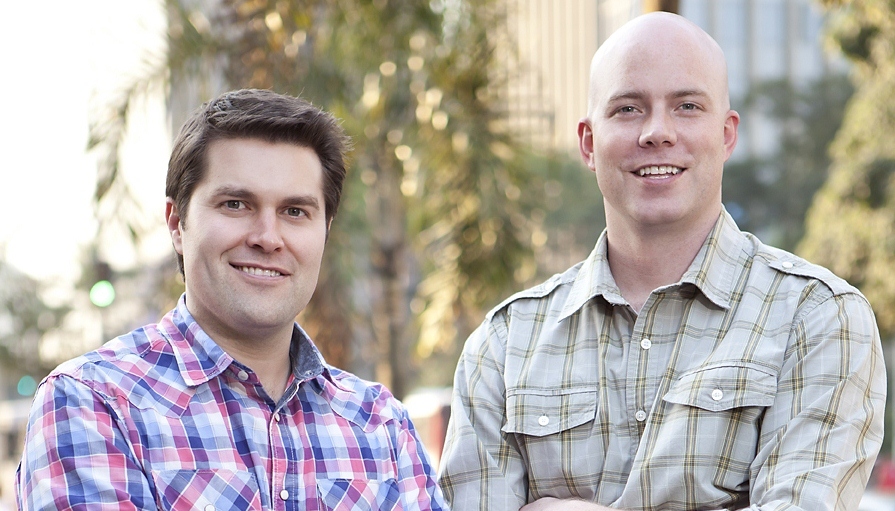 Here at PulsoSocial, we meet a number of enterprises for Latin Americans started by Latin Americans, whether on a national or regional level. What we come across less often are companies aimed at the region with an idea that originated somewhere else. But today, we had the opportunity to find out more about such a case  – Baby.com.br, the Brazil-based baby product e-commerce platform founded by two savvy U.S. entrepreneurs with a creative yet logic-driven way of doing business.

Yesterday, we announced the Baby’s closing of a new investment round of US$16.7 million. The feat piqued our interest, along with the company’s quick growth and success. We reached out and had the opportunity to speak with Davis Smith, co-founder of Baby, and find out more.

The Definition of an Idea

Baby was founded by Smith along with Kimball Thomas, entrepreneurs and, interestingly, cousins. After finding previous success with PoolTables.com, the two decided to go into business yet again – the issue was deciding how. Over a time period of one year, Smith and Thomas discussed over 60 business ideas, seeking to delve into something they felt was truly worthwhile. During that time, Smith came into contact with the pregnant wife of a Brazilian friend, who explained her plans to purchase all of her baby products in the U.S. to take them back to Brazil. Smith and Kimball recognized the problem at the root of this widespread Latin American practice and sought to solve it. Following this logic as well as the standard set by Diapers.com, Baby was born.

Smith explained that a number of Latin American locales were considered for the launch of the company, including Mexico and Argentina. However, it was Brazil that his team deemed to be the perfect point of entry, with a population of 200 million people, a booming e-commerce industry and 45% internet penetration. Growth was seemingly built in.

Baby launched in October of last year with an investment of US$4.4 million from Monashees Capital. In Smith’s view, the investment was a necessity for getting started, due in large part to the numerous barriers involved in getting a company set up in the Brazilian market.

In the United States, an LLC can be set up in a matter of hours. In Brazil, however, it takes months to get through the red tape, ranging from taxes to authorizations. In the case of Baby, it required over six months. The amount of time needed to open shop renders bootstrapping in Brazil extremely difficult, and investment is a huge asset for the length of the runway.

While Smith expressed his surprise at the difficulties of getting going in Brazil, he also recognized the advantage such obstacles represent for those able to overcome them. Brazil’s legal and bureaucratic barriers deter many entrepreneurs and businesses, so those who are willing and able to navigate them have an important edge.

A Unique Way of Doing Business

Its rounds of investments have been key to Baby’s navigation and success in Brazil, allowing the company to define its way of doing business.

The Baby team of over 100 workers is based entirely in Brazil, which is an important feat considering the cost of labor in the country. Even more impressive is the repertoire of the group of executives the company has assembled.

Though both of Baby’s co-founders have extensive business and e-commerce experience, they felt it was important to bring in local Brazilian talent with a deeper understanding of the country’s business ecosystem. This philosophy, backed by economically-enabling investments, led Baby to contract employees from Nike, Groupon, Privalia, Carrefour, Submarino and Google. Smith especially noted the hiring of a former Walmart logistics manager, who has played an integral role in the roll-out of Baby’s logistics and shipping components from the ground up.

In the months to come, Baby will use its investments to get its new 54-thousand-square-feet warehouse up and rolling – it has already been purchased, but due to Brazilian legal roadblocks it cannot yet be used. The team will also launch a new and improved platform, continue to build its team and expand its product offer. What’s not likely on the menu is expansion into other countries in Latin America. Smith explained that while it’s something they’ve considered, the team will be much more likely to explore related verticals within Brazil.

At its core, Baby seeks to become a leader in the next generation of e-commerce in Brazil, building a top-notch site and providing world-class customer service and experience. Its focus is to improve the lives of Brazilian mothers, allowing them to spend as much real quality time as possible with their babies and children by avoiding time wasted in making trips or waiting in lines to make their purchases. And judging by the numbers, Baby is on the right track: the company registered over one million visitors to the platform in its first three months.

Beyond its commercial efforts in the Brazilian marketplace, Baby is also making waves in the country’s corporate culture.

Smith and Kimball have given many of their executives and employees equity in the company (while maintaining their salaries), which is not common practice in Brazil. In doing so, the entrepreneurs seek to educate employees and contribute to Brazil’s developing ecosystem and internet culture. They hope that equity will also aid in employee retention and motivation.

Likewise, Smith and Kimball have facilitated an internal culture that is reflective of Baby’s family-centered business model. In spite of the male-driven nature of the startup community, Baby strives to hire women, boasting a 60% female workforce, 20% of whom are mothers. Executives and employees, men and women alike, are encouraged to head home at six, leaving time to be spent with their children. Baby needs to understand mothers and families, and, as Smith explained, one of the best ways to facilitate this is to create a team of people who do.

Our chat proved an enlightening and, frankly, enjoyable experience. Smith exhibited a clear vision of thoughtful planning and informed action that will surely be central to Baby’s continued success.

TR35 Names10 High-Impact Young Technology Innovators in Colombia
Sold Out! First Round of @PulsoConf Tickets Swept Up in 50 Minutes