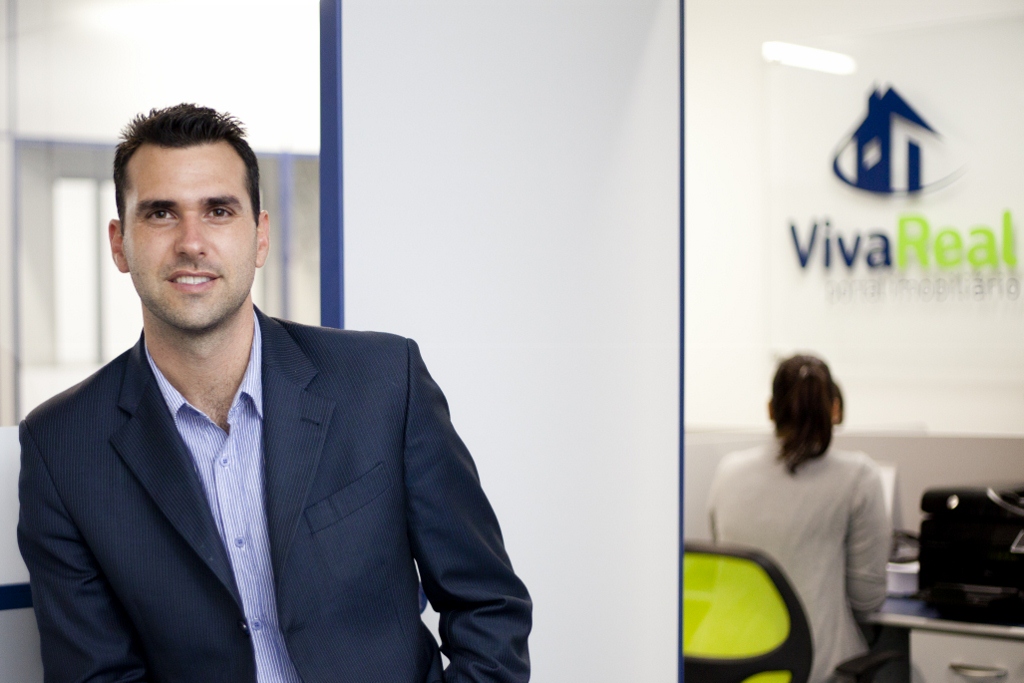 We’ve been following online real estate marketplace VivaReal and its explosive growth in Latin America for quite some time now. By way of mounting investments, the platform has maintained consistent growth. And in February of this year, the company closed a new investment round to help sustain its HQ operations in Colombia and push even farther into Latin America, especially Brazil.

Though Brazil’s economy has slowed down a bit in reaction to the global economic crisis, experts estimate that its real estate boom will last until 2017, thanks to offshore oil discoveries as well as the upcoming World Cup and Olympic Games. The country’s housing market is viewed as quite secure, thanks in large part to the fact that its mortgage industry is quite small. Brazil’s housing shortfall is estimated between 5.6 and 10 million homes – meaning there is a lot of room to grow.

The average price per square meter in the country’s most important cities has been reported at US$3,836. In April 2011, the average asking price for new apartments rose 24% from the year prior. In more expensive districts in Rio de Janeiro and Sao Paolo, that number rose to 36% and 39%, respectively.

There are some complications for foreign investors. Rental income taxes can be high for foreigners, as they generally rest at about 15%. The same is true for capital gains taxes. VivaReal helps the international community to get through the Brazilian red tape in renting and purchasing homes and apartments.

Brian Requarth, CEO and co-founder of VivaReal, told us a bit about the company’s panorama in the Brazilian marketplace, where it recently celebrated its three-year anniversary. We also discussed investments, inter-office communications and mobile endeavors.

Emily Stewart: VivaReal celebrated its three-year anniversary in Brazil in April. How has the company evolved in those three years?

Brian Requarth: Our site in Brazil has evolved quite a bit. Marketplaces are slower moving than e-commerce businesses, but once they get going they are hard to stop. We have entered into a nice virtuous cycle with a critical mass of properties, traffic, leads generated for our advertisers, a growing number of paying customers that in the end list more properties. We have significant momentum and we are confident in our plan to continue to execute well.

ES: Much of your sales focus in Latin America is in Brazil – however, a significant amount of your technological development comes from Colombia.  How do your offices in Colombia, Brazil and the rest of Latin America work together and intertwine?

BR: When we first told investors that the core part of our development team is in Colombia, people didn’t know what to think. Historically, Colombia hasn’t been known as a top place in Latin America to innovate from a tech standpoint. Our team has really risen to the challenge. We have assembled a gifted group of front-end/back-end developers, UX/UI experts, experienced mobile developers and solid leadership. Our group in Bogota is pretty international. Of course most of the team is from Colombia, but we have people from France, the US, Ecuador and Brazil.

The separation sometimes presents challenges, but we have become pretty adept at bridging the communication gap. We make trips up to Bogota or the team comes to our office in Sao Paulo. Skype is also pretty clutch.

ES: VivaReal has received investments from Kaszek and Monashees, among others. How have you been able to bring in investors, and what are the returns for those who inject funds?

BR: We have been focused on building the best and biggest real estate marketplace in Brazil and Latin America. Investors were attracted to the team, growth and vision. Our investors are experienced in real estate marketplaces and internet businesses and they understand the potential of the market. We don’t get too caught up in exits. We are trying to build the best possible business. We know if we deliver the best experience for those looking to find a property for sale or rent, something good is bound to happen.

ES: VivaReal recently went mobile. How has the experience in that been thus far? Have revenues increased?

BR: Mobile is still in its early phase in Latin America. We have seen an increase in visitors from mobile devices, especially the iPad. We are planning to continue to invest in this.

Marcelo Sales of 21212: “I want to see entrepreneurs who want to create a 10-billion-dollar company”
Apps.co: US$16 Million Designated for Digital Entrepreneurship in Colombia