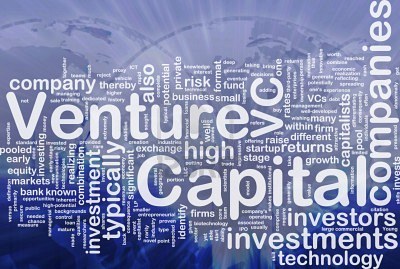 Following its January 10th Shanghai round, Venture Day is headed to Bogotá. The IE Business School event is an integral part school’s lab, which can be likened to a startup accelerator, and helps students and alumni to improve their pitches to investors – a crucial moment for anyone seeking capital for a startup.

Venture Day Bogotá will feature a prominent group of panelists, who will share their own experiences and lead the panels Startup Investment in Colombia and The Serial Entrepreneur: The Entrepreneurial Mind. One of the main attractions of the June 28th event is sure to be the presentation of the business plans of the 10 projects that have been pre-selected to be judged by a group of investors. Although this will be, in theory, just for practice, the investors evaluating the project will continue their relationships with the projects following Venture Day and consider real investment later down the line.

Esteban Mancuso, IE Business School alumnus, Venture Manager at Corporación Ventures, and Mentor at HubBOG and The Founder Institute, will serve as one of Venture Day’s panelists. He took some time out to speak with PulsoSocial and share his perspective on the celebration of this event in Bogotá as well as the business prospects of VCs in Latin America. PS: Why do you think Bogotá was chosen as a site for this event?

EM: I don’t think that one single reason can be pinpointed but instead several. IE is a leading business school, and last year, the director of the school’s startup center visited Bogotá and realized that there is a lot going on there in terms of business startup in the city.

Likewise, the local IE office supported Bogotá’s bid to host wholeheartedly. One of the most important points for argument was the number of IE graduates living in the area who are entrepreneurs or who are positioned to become angel investors.

PS: How do you perceive the projection of the VC market in Colombia and Latin America?

EM: I think that the Latin American VC market is still getting off the ground, but an important projection is on the horizon. There are only a few active early stage funds right now, but I recently met with a few managing partners of these types of funds in New York and was assured that they’re alert to what’s going on in the market. This is why it’s so important to generate incentives for funds to come this way and create local vehicles to empower the market. There’s already work to be done in this.

PS: Is it possible to quantify the investments being made in the region now and the capital available to new investors?

EM: Not that I know of, no. But I do want to note that LAVCA, the Latin American Association of Risk Capital, and Bancoldex  are monitoring the issue, though they’re doing so more at a private equity level, where managers are already estimated at more than a dozen. What is clear is that several early-stage startups are near closing their first seed rounds, and some more advanced projects are already negotiating their A series, generally with American VCs.

EM: Operations management for the selection is being handled in IE Spain. We opened up a call for projects, which was closed on May 28th, and now we have to wait and see which projects were selected. The investors set to attend Venture Day are a few angel investors from the informal IE network. Alejandro Marín Toro from Capitalia and people from Promotora will also be involved. I don’t know that any deals will be closed in this, but it will be a good exercise for projects based on a methodology that has proven successful in Madrid.

PS: What topics will you touch on at Venture Day?

EM: I’ll be participating as a panelist in a discussion on the Colombian startup ecosystem and the key aspects of financing. This event and others like it are helping to create a solid base and establish a common language among various actors within the startup world.

PS: Could you share a few tips with us on how to structure a good pitch?

EM: Of course. I’ll work off of my own personal experience and perspective. This isn’t an exact science, but it is possible to talk about best practices. Here are three suggestions:

1- Have a business model that is solid and easy to explain (ideal with CANVAS) and that is attractive for the size of its potential market.

2- Demonstrate the commitment of the team with the full-time dedication of at least a few of its members, and show that other means of funding – personal savings and help from friends and family – have been exhausted.

3- Ideally, have a prototype or MVP that easily demonstrates that the business could have traction.

We at PulsoSocial will be following this first Bogotá Venture Day closely, as well as the most exciting projects to be presented there. For now, we invite you to participate in this space that is highly valuable in the formation of those who want to embark on a project. As Esteban noted, there is a lot going on right now in investments in Latin America.