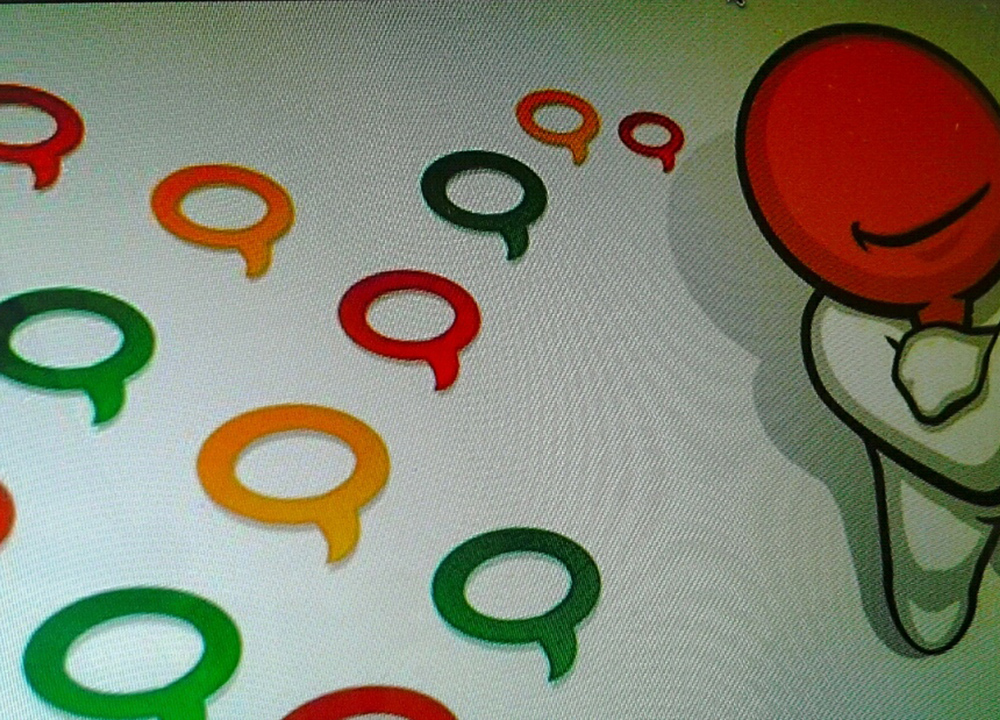 DC comics recently revealed that Green Lantern’s alter ego, Alan Scott, is gay. What do you think about this turn of events in the Green Lantern franchise? Did you see it coming, or were you surprised? Who’s your favorite of all of the avengers?

These fun, simple questions about current issues are central to the day-to-day work of Opination, one of the 10 startups currently enrolled in the Wayra Academy in Colombia. What is Opination exactly? Ricardo Jiménez, one of the two Bogotá brothers leading the project, describes it as an opinion-based social platform seeking to make waves in the world of market research. How often is it that we hear about the results of a poll that has been applied to a representative sample, segmenting respondents and offering valuable information to make generalizations about conduct or behaviors, without having any idea of how, when or who these respondents are?

Opination is about to change that. For the time being, Opination functions through a simple fan page and a beta application through which its team manages the questions being sent to its over 107,000 fans on a daily basis. However, the startup’s real objective is to take this service to a web platform that will allow users and brands to create their own polls, thus generating a huge information bank with tons of insights for potential clients.

What is it that makes Opination stand out from other polling services? Opination invokes the principals of Gamification for its polls and obtains information by way of social network interactions. And beyond reaching its objective of creating an enormous user database, it also offers a wide range of entertaining products for the visualization of results through infographics like the following: Opination currently allows for questions to be generated in up to eight different categories. It possesses a search bar, separates respondents by gender, and classifies users according to social network usage.

We at PulsoSocial had a chance to catch up with Opination’s Ricardo Jiménez and ask him a few questions.

PS: What is Opination’s value proposition?

RJ: We allow any brand, big or small, to segment its audience in an agile and economic way. In Colombia, a polling firm is going to charge about eight million pesos for its services. It will poll about 500 people and take about three weeks to deliver results. With Opination, all of this is possible at 1% of the cost, and results are available in record time. The big difference from other polling services is that we have a critical mass of users and followers who decide to give us their information because we make it fun for them.

…We’ve been able to eliminate the inherent bias generally found in surveys in which the information on where data is coming from remains largely unknown. As Opination is integrated with Facebook, we can be sure that the information obtained is coming from real people we can see and get to know. Our aim in this is transparency and the democratization of these types of services.

PS: What can we expect from the beta version of Opination?

RJ: In this initial beta phase, our principal objective is engagement. Now this doesn’t mean the number of fans we have or likes we get for the application, but instead the number of users we’ve gotten to arrive at the site, stay there for a significant period of time (five minutes on average), return at least twice a week, and generate a fair amount of questions. To accomplish this, we have developed five main strategies:

1- Infographics. Every time a user answers a question, the results will be reflected in up to 100 different types of infographics, the idea being that users are compelled to share.

2- E-mail strategy. Users will receive a weekly e-mail with updates on activities, respondents and trending topics.

3- Plaques of recognition. Users who interact and gain visibility on the platform will be awarded recognition.

4- Social questions. As the platform will be linked to Facebook in its entirety, users will be allowed to create questions for their own friends.

5-Cell phone notifications. A mobile version of Opination for iOs and Android is currently being developed to allow notification of mentions via e-mail and cell phone.

PS: What is Opination’s business model?

RJ: We work under the freemium concept. All of our users can access three main features: gender, follower information (what the people they’re following have answered), and general statistics gathered from the answers provided on the platform. Access to more features requires membership fees.

PS: How do brands benefit from using Opination?

RJ: A dramatic reduction in the timing of results, more effective segmentation, and a notable drop in costs. Moreover, we have a huge bank of insights. If a brand wants to use a question and segment it thoroughly, it will be able to do so, directing its inquest at its specific audience. And the statistics we’ll deliver will be much better than those generated through simple clicks.

Moreover, we permit the creation of various types of questions, including some that are guided by Twitter hashtags. We also allow metrics to be cross-analyzed, the results of which are often interesting and entertaining: PS: How did this idea come about?

RJ: The idea for Opination was born out of Sentimetro, a popular application we developed for the last presidential elections in Colombia. We realized that opinion is a theme of interest and that we all have a great need to express ourselves. And nowadays, there is a huge community of socializers for whom expression is fundamental. Social networks are filled with these individuals, and right there we saw a huge opportunity to carry out non-traditional market research.

PS: What are you hoping to gain from your time at Wayra?

RJ: We’re seeking to reach one million application users across Colombia, Mexico, Argentina and the U.S., which we believe demonstrate market behavior similar to that of Colombia.

Likewise, we’re really looking to learn to consolidate the ideas of the business and generate more developed sustainment strategies. With Wayra, we want to learn about and get involved in the active world of startups – we’d love to become a success story and undertake international campaigns.

PS: What is your opinion of the Colombian entrepreneurial ecosystem?

RJ: The Colombian ecosystem is just getting off the ground. There are a few fields in business development that remain largely unfamiliar – for example, may administrative and legal matters. Nevertheless, I think we’re in the midst of a solid economic moment, and more and more individuals are getting involved in the digital startup movement every day. What we need now are diffusion, information and incentive.

There are also some strengths. Labor costs are low, and the Colombian workforce is quite versatile. Colombians are also very involved in technology and social networks.

In basing itself in the most widespread social network in the world, Opination has hit the nail on the head in devising a way to convert an ocean of information into useful data for brands and market researchers. How do you think Opination will turn out? Give it a try and visit its Fanpage.

Sidengo: Easy Website Builder Shifts from Beta to the Next Level on July 1st
Interesante: Another Startup Inspired by Pinterest with a Spanish-Language Spin