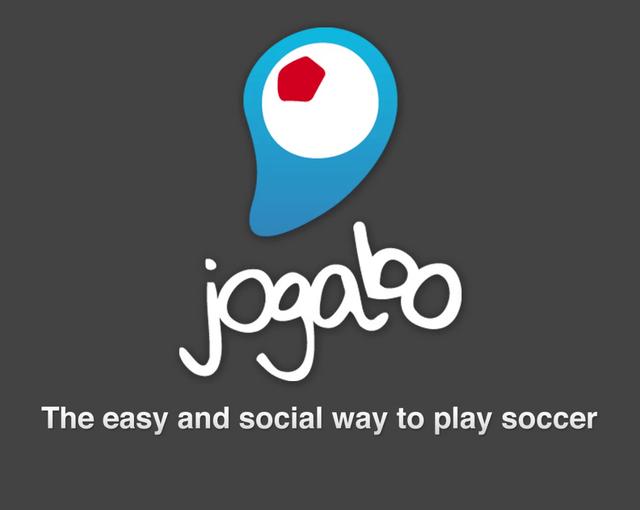 Jeremy Melul is the co-founder of Jogabo.com. The name comes both from Portuguese and Indian words, joga bonito, meaning play beautifully. This startup was born in November 2011 with a beta version and today has thousands of users.

Jeremy’s elevator pitch and objective is for Jogabo to be a trusted community platform for soccer players to organize, share and discover unique soccer games in their cities and all around the world. The platform aims at becoming a community leader to organize games for leisure or business purposes.

“Do what you want to do, what makes you happy. Failing is perfectly fine, because if you don’t fail, you don’t learn. Jogabo.com’s mantra is ever stop playing. Never stop trying. Keep going. If people put you down, get up and keep doing what you’re doing. Don’t give up.” – Jeremy Melul.

Jeremy is a natural entrepreneur and has lived in more than 15 cities around the world, including Madrid, Paris, Portugal and Santiago de Chile, among others. He says that Jogabo.com is the easiest way to set up a game and share it. It provides users with the tools to organize games and put them online for the community to see.

Jogabo.com is not a social network – he says – because everything these days is called denominated as such. With Jogabo.com, you share your game, and if you’re looking for extra players, you simply open it to the public for other players to join. If you don’t know the rest of the community – which very often the case – Jogabo introduces you to other players, converting all those people into potential teammates. If you travel or move, you are able to track players in the area and find a pick-up game. This is a network that provides you with contacts that can give you tips as to what to do and where to go, all by way of a soccer game.

“It’s a collaborative and sharing community,” says Melul. There’s nothing more social than this team sport, in which even language barriers can dissolve. Once you’re on the field, you are connected and able to communicate with everyone.

You sign up with Facebook, provide your profile and info, and the Jogabo team gets back to you as soon as possible with information about games and local venues available, as well as the cost to play. With that, you can create a game! Moreover, you can import your contacts from Facebook to see who is already a member Jogabo.com or invite those who aren’t yet involved to join, eventually creating a group.

The company is operated by Jeremy and his partner. They also have a team in charge of development and a few interns to play and visit new venues. “We’re constantly hiring interns who like soccer. They do an amazing job working with the community. I wish I could have had internship in a company like this when I was young,” Jeremy says.

Jogabo.com competitors are now forming multi-sport communities, looking beyond soccer. These communities are more transactional than social. Jogabo’s main focus is soccer, and dealing with multiple sports involves a number of different issues. The startup’s vision is to unite people through the game of soccer, to be a platform to develop the game and take it to the next social level. Different venues can have a presence on the site and manage some groups locally, use soccer for fundraising or to call attention to good causes.

By adding value to the game, Jogabo is confident that they will receive revenue very soon. Right now, the startup estimates three main ways of doing so:

1.- With venues: Helping venues to rent their fields. If a game organized by Jogabo.com takes place on those fields, the company receives a commission. Jogaba also plans to charge a monthly subscription for venues to advertise.

2.- With organizers: Signup is free for the site, which allows you to organize your group and receive information about other groups, find out recent scores, read up on good players and keep track of your group’s finances. If you are running short on players, for example, Jogabo helps you find them and with that receives a commission. It’s frustating when you set aside three hours for a game and, upon arriving at the field, see that there are just five or six players present for one team while the other is complete with seven.

3.- Funding: Jogabo is working in Santiago de Chile with a business incubator -Startup Chile- from whom they received $40,000 usd in exchange for developing the ecosystem for local entrepreneurs. The company helps to reduce the fears surrounding startups, speaking at universities and doing some mentoring.

To advertise its services, Jogabo does a city by city rollout. They talk to people, visit sporting goods stores and meet with friends. The ambassador program encourages users to get out there and “evangelize” people as part of a movement to change the way they play soccer. People motivate people to sign up and get involved.

The matrix for Jogabo.com‘s development is the number of games played per week and the RSVP for upcoming games. As of today, they have presence in Santiago de Chile, San Francisco, New York, London, Paris, Portugal and Hong Kong.

We should all take note of of the Jogabo.com mantra: Let’s keep playing! Never stop trying! The feasibility of the project has been validated,  and it will likely continue its pace of growth.

Enjoy this interview with him as well: