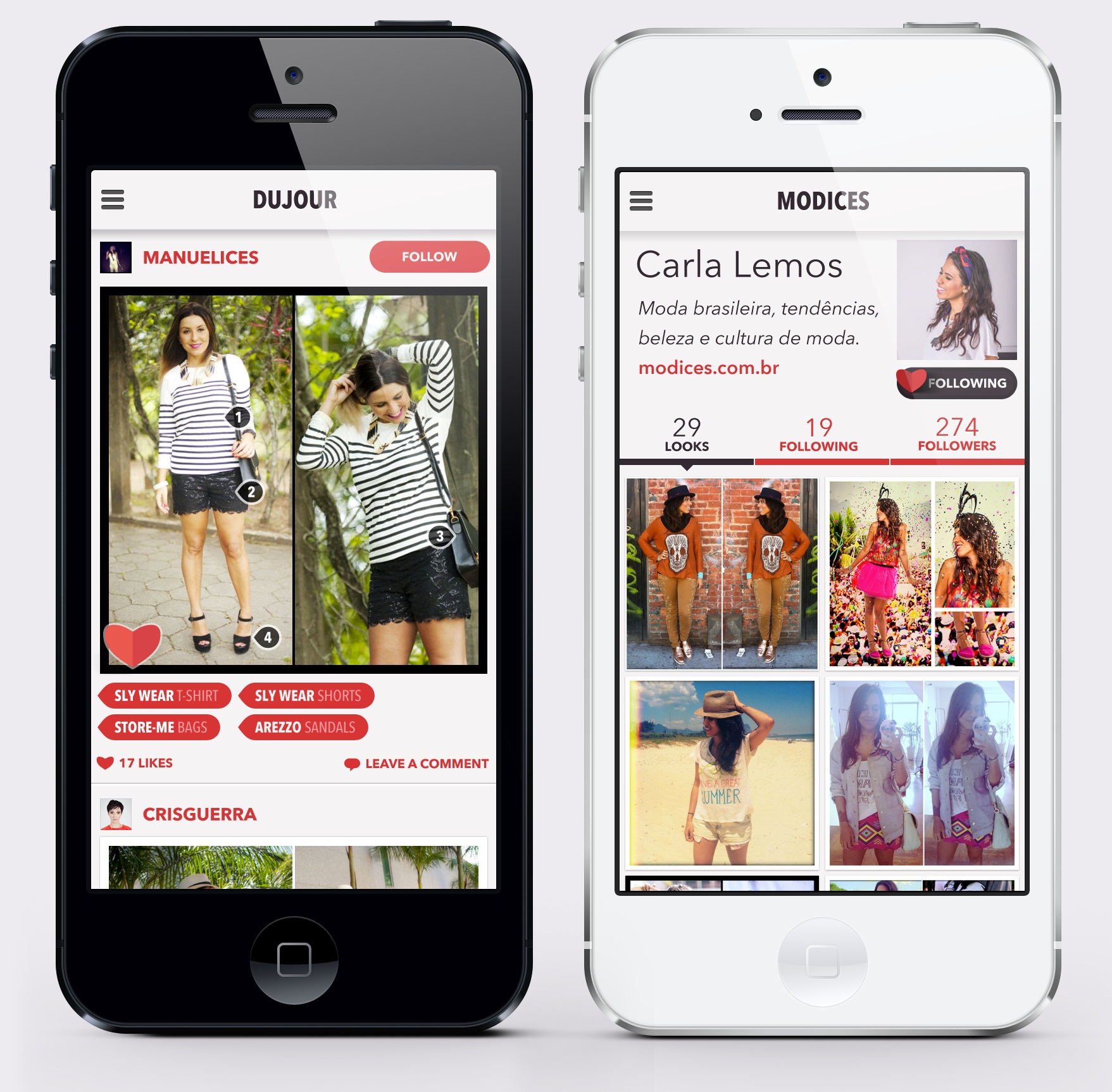 One of four startups completing Papaya Ventures’ first acceleration program, Dujour is an application through which fashionistas can create and share their daily looks. The Brazil-based company is looking to establish its place in the notoriously dynamic intersection between technology and fashion.

The idea for Dujour came from Alexandre Van de Sande, a user experience designer who observed his wife taking pictures for her blog. She wanted to register her outfits, but the process involved was daunting and time-consuming, leading her to eventually give up. Van de Sande got the idea to create an application to make the process easier and thus inspire people to produce quality content and create a thriving community.

Van de Sande reached out to Felipe Venetiglio, then a Project Manager at Bolsa de Mulher, and Everton Fraga from Globo.com. Together, the three began building the application mid-2012, enlisting fashion bloggers, journalists and designers to help them on the way. When their prototype was created, they were accepted into the Papaya acceleration program, and more intense work began.

One of Dujour’s main tasks within Papaya is defining and refining its business model. Currently, the app serves as a lead generator for e-commerce companies and product brands tagged by users. It is also in the process of building a platform geared towards brands, offering partnerships, advertising and promoted content options. Notably, Dujour is becoming a reliable source of data for fashion brands and will soon add more metadata to posts in order to aggregate information.

Brazil’s fashion industry brings in billions of reals each year, representing enormous potential for startups like Dujour. We spoke with Felipe Venetiglio, the company’s CEO, to learn more about Dujour and the lay of the fashion land in Brazil.

Emily Stewart: There are numerous fashion-related startups in the market right now, such as, for example, Fashion.me. What makes Dujour stand out?

Felipe Venetiglio: Since Dujour’s inception, we have focused on building strong relationships with other players in this market, from fashion bloggers to companies, including Fashion.me.

We believe our user-centric approach is still very new in Brazil and in this market in particular. Dujour has been built in close collaboration with our would-be users and important people in this area, and that will continue. We believe this approach gives us a slight edge over companies that focus less on users.

ES: Where do you stand at the moment?

FV: Right now Dujour is in version 2.0.2 and has just under 4,000 registered users. Among them are some of Brazil’s top fashion bloggers, such as Carla Lemos (from Modices) and Lu Ferreira (from Chata de Galocha).

ES: Your application is designed for a pretty specific demographic. How do you go about reaching out to this group? What marketing tactics are you employing?

FV: Although it is a niche demographic, fashion is a billion-dollar market in Brazil, with companies such as F*Hits earning US$750,000 (R$1.5 million) in revenue.

We believe this to be an «aspiration-driven» market. Therefore, our tactics have been to first bring top influencers to our platform and use their presence to leverage the app among other fashion-lovers, who will make up the core of our user base. So far, this strategy has been working out. Things like our widgets (you can see one in action on Modices‘ sidebar) have been great to gather new users and capitalize on bloggers’ use of our product.

Moreover, we don’t know if this look of the day content is so specific anymore. We’ve been noticing that a lot of people who have no relation whatsoever to fashion like the app, too. We believe this is still gaining momentum and might be something more people do in the future. Being into fashion is still a new thing in Brazil, but in a country that uses social media more than any other, a platform like Dujour could be a huge hit.