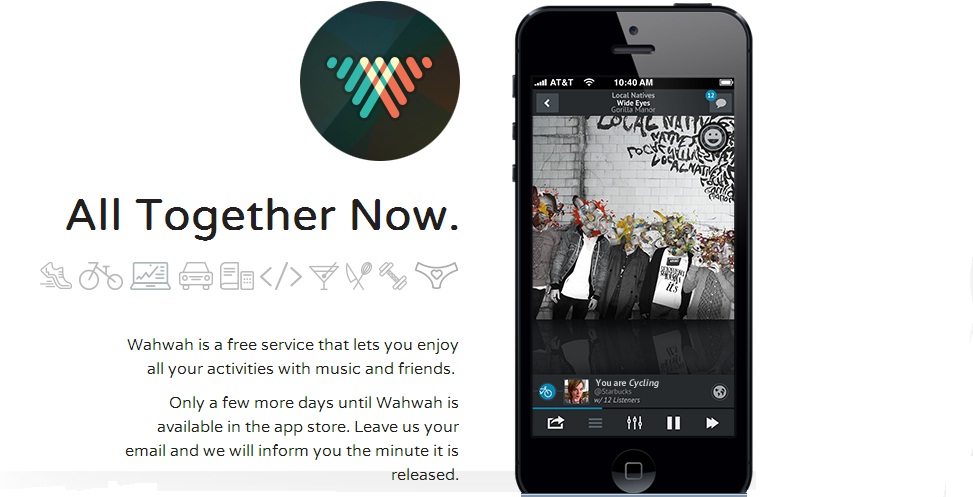 Six months ago, personalized radio app Wahwah looked like it was down for the count. Bogged down by licensing issues and the music industry’s tireless antagonism towards technology, the company was forced to close shop. And while Wahwah did take a bit of a beating, it looks like last year’s events weren’t the final blow – it’s about to go for another round.

Thanks to Senzari, Wahwah is back set to launch today at SXSW in Austin, Texas.

Senzari acquired Wahwah in October of last year and went to work right away in bringing the Berlin-based company back to life. “After we acquired Wahwah.fm, we went to work to combine the vision of both companies and decided to build a completely new mobile-first experience from the ground up,» explained Senzari CEO Bill Hajjar. “We want to be more than just a music player for smartphones, which is the focus of most current services. Wahwah is a real-time, intelligent, social music experience that contextually adapts to whatever the user is currently doing, like driving, cycling, running, cooking or just relaxing, and broadcasts the experience, allowing others to join in and listen in real-time.”

Combining the personalized music recommendation of Senzari’s original service and Wahwah.fm’s co-listening elements, Wahwah gives users three ways to create their music experiences from Wahwah’s 15-million-song catalog. They can start a personalized station based on their favorite artist, select an activity-based custom station, or tune in to someone else’s station to co-listen in real time.

“Technologically speaking, we have concentrated on optimizing the experience for a real-time, personalized and mobile co-listening experience, which is very different than just building a music player. We try to leverage every sensor of the phone, from the GPS to the accelerometer, to ensure that we can understand the context of the user. This allows us to deliver the perfect song, and do it as close to real-time and as efficiently as possible,” said Demian Bellumio, COO of Senzari.

To celebrate its launch and in the context of SXSW, Wahwah will sponsor the music at the Celebration of American Startups at ACL Live tomorrow, Saturday. Moreover, it will co-host the Wahwah Beer Run with the Austin Beer Run Club on Monday.

Wahwah is now available for download at the App Store in Brazil, Spain and the United States.