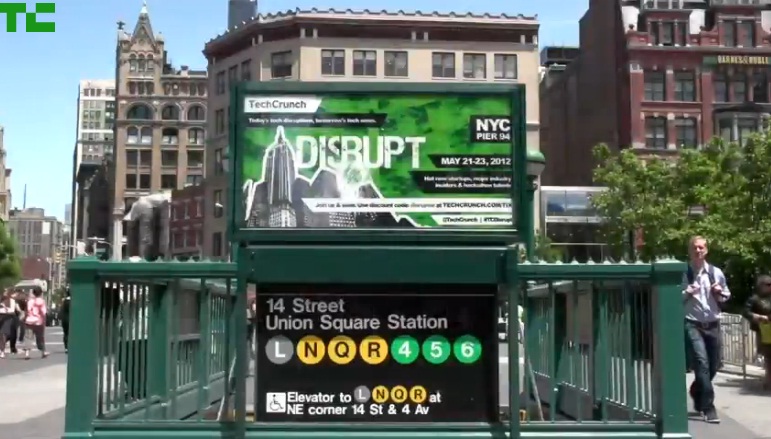 At last September’s TechCrunch Disrupt San Francisco, more than 30 Brazilian startups showed their stuff in the Brazilian Pavilion. In fact, nine even took advantage of the occasion to launch. And with TechCrunch Disrupt NYC on the horizon, it looks like we’re headed towards a repeat.

The Brazilian Pavilion will make a return appearance at TechCrunch Disrupt NYC, set to be held from April 29th to May 1st. Space will also be set aside for companies from Israel and India.

The organization of locale-specific pavilions comes as an effort to connect the U.S. startup ecosystem with startup cultures from abroad. Roi Carthy, of TechCrunch and Initial Capital fame, is again proving a driving force in bringing in entrepreneurs from Brazil and Israel.

The Brazilian Pavilion in Startup Alley

The Brazilian Pavilion will be part of Startup Alley, a space for early-stage startups to show off their products and chat with TechCrunch attendees, journalists and potential investors.

Exhibiting startups must have been in existence for no more than two years and have received less than US$2.5 million in funding. The Brazilian Pavilion package includes a cocktail table, event tickets, signage, and a chance to compete for the Disrupt Cup.

For Brazilian entrepreneurs, this is an opportunity not to be missed. Startups are invited to apply here.