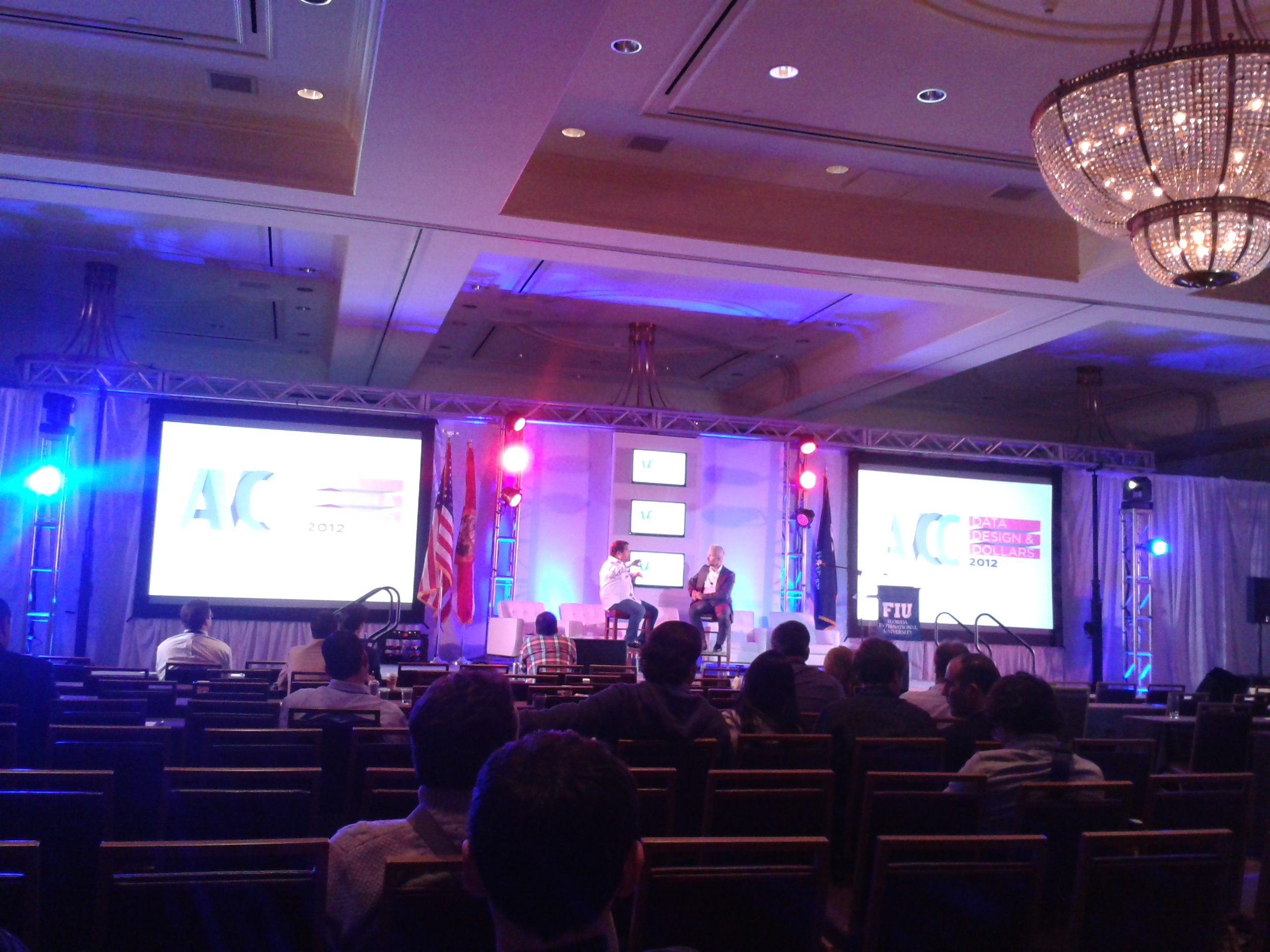 The first day of the Americas Venture Capital Conference came to a close yesterday when event emcee Ola Ahlvarsson sat down with Gaston Legorburu, one of Miami’s greatest business success stories to date. The CEO of leading digital media agency SapientNitro shared his thoughts with the audience in a session titled Born in Miami and Rocking it Globally.

Legorburu told the story of SapientNitro, the prosperity of which, he admitted, has been a result of hard work, a good product, and a bit of luck. Beyond his story, however, what stood out from his remarks was the list of lessons learned found within:

Stories still matter, but perhaps not how you may think. We all know that storytelling is a valuable part of advertising and marketing in building any business. However, Legorburu warned against talking at an audience and pointed to the value of giving consumers control and fostering environments of interaction. He elaborated, “We don’t create ads anymore, we create worlds.”

Experience-based differentiation is essential. Startups and tech companies are asked the same question time and time again: What makes you stand out? And for this line of inquiry, Legorburu suggested a place to base the answer – experience. He said, “A lot of tech startups can be ingredients to changing how the world works, how we experience the world.” He pointed to the case of ATMs. Though today they are commonplace, when they first appeared, they represented huge competitive advantages for the companies implementing them.

Keep purpose and value in sight. As a business evolves and grows, the vision, values and purpose upon which it is based cannot be left behind. Organizations have to keep in mind the context of what they’re doing, what they’re building and where they’re going from beginning to end.

Sustainable growth is a requirement. Throughout its over 20 years in existence, SapientNitro has sustained 20% organic growth – something that is part of the company’s DNA. For Legorburu, this has been vital for the company’s evolution. He said, “If you grow, you’ll create opportunities. If you don’t grow, you’ll start losing good people.”