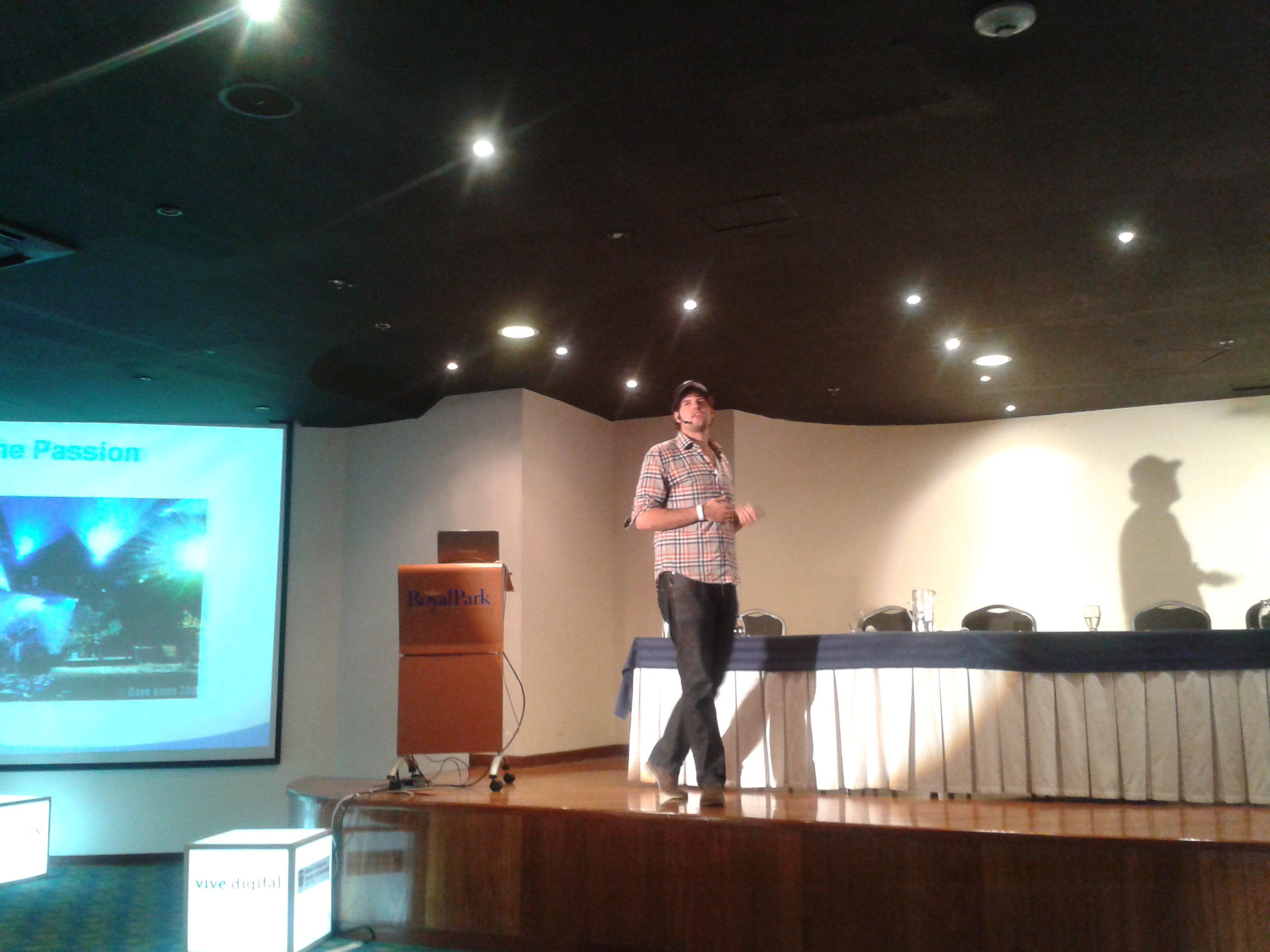 Passion + Problem = Product. As simple as that … at least for Steve Martocci.

As day one of PulsoConf came to a close, Martocci took the stage to share some insights into the formula behind his greatest achievement, GroupMe, a group messaging service that was born out of the TechCrunch Disrupt Hackathon and acquired by Skype just a handful of months later. Today, GroupMe is a leader in the group messaging market.

Martocci opened his presentation explaining a bit about his own background. His first entrepreneurial endeavor was Sympact Technologies, which began as a creator of dynamic images for charity donations on MySpace pages and morphed into a service to create dynamic images for e-mail marketing. Despite pivoting and three years of work, Sympact ultimately failed.

Later, Martocci went on to work at Gilt Groupe, a flash sales site in New York. An experience he views as a place to learn again after failure, his time at Gilt Groupe was well spent, especially when he won a company hackathon and decided to get back onto the entrepreneurial playing field.

A Passion, a Co-Founder and a Hackathon

He decided to work with something he was passion about – as mentioned, live music – and teamed up with co-founder Jared Hecht to do so. Though he had done some related work in the past, he hadn’t made money and needed to figure out how. In discussing options with his co-founder, he discovered the issue within attending music festivals of coordinating with friends. E-mail isn’t always best, and data connections aren’t fool-proof – text messages are the lowest common denominator. He decided to take the idea to the New York TechCrunch Disrupt Hackathon, and in 24 hours, the product was born.

GroupMe was initially called Groop.ly – a decision Martocci admits was probably not the best in terms of branding. However, right after building the product, the team took it to Brooklyn Bowl to present it, and there, a spark of what was to come was seen. Little by little, the GroupMe team went about showing off the idea to friends and family, coming to realize they had something special on their hands.

A Rollercoaster of Funding

Soon after launching, the company completed a Series A round of funding for US$850,000. After, they hired engineers and continued to roll out the product, receiving a Series B round of financing worth US10.6 million just five months later. When pitching the product, Martocci explained, they simply told the story – why they were using it, their friends and family were using it, etc. They even allowed VCs to use it in and outside of meetings. They hired friends and trusted professionals along the way and launched a new feature at yet another hackathon, this time in San Francisco.

The GroupMe team went on to attend the South by Southwest festival alongside numerous group messaging companies at a time when the competition was fierce. There, they received real feedback from users and won a coveted breakout prize that had previously been awarded to Twitter and Foursquare.

As group messaging services were popping up all over and the competition growing, GroupMe found a partner, Skype, to accelerate. On August 21, 2011, the startup was acquired by Skype, thus ensuring long-term success.

Martocci pointed to acquisition as an important motivator for the GroupMe team. The company is currently in the process of rolling out the GroupMe Experiences feature, something similar to a daily deals site but related to experiences to be organized with friends. It will launch in New York next month and be the company’s latest revenue generator.

What conclusions, then, had Martocci arrived at through all of this? What advice would he give? He focused on four main points.