Redpoint e.ventures recently announced the closing of its US$130 million fund, becoming the first Silicon Valley venture capital fund aimed at Brazil. Dedicated to early-stage enterprises in consumer internet, mobile, media and cloud technologies, the fund has already made a share of investments in Brazil and surely has many more on the horizon.

In light of this important piece of news, I reached out to Redpoint e.ventures Managing Director and Co-founder Anderson Thees, who provided some intriguing and, at times, surprising insights into the organization’s outlook and plans.

We opened our conversation with a discussion of a very hot topic right now when it comes to setting up a business in Brazil: the law. More specifically, we spoke of the question of legal certainty and security in the country, an issue that Thees insisted is not as complex as it seems. 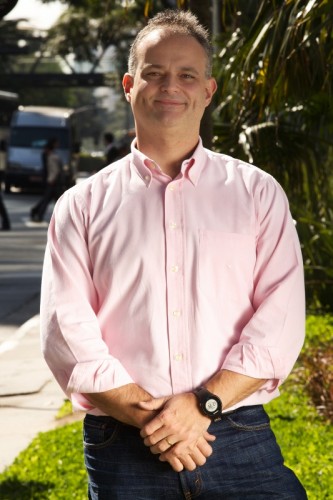 Thees explained that the general viewpoint of Redpoint e.ventures regarding legal certainty in Brazil is that the topic is largely overblown to an unfair magnitude. While Brazilian bureaucracy is tiresome and time-consuming, it is not highly-complex, nor is it difficult to comply with. At the end of the day, it is a simple question of keeping track and understanding what’s to be done.

To that end, one important role of Redpoint e.ventures in its investments is to use its knowledge of the Brazilian bureaucratic layout to help entrepreneurs navigate accordingly. As a fund, the company provides alternatives for those looking to set up in Brazil, whether they are offshore organizations with a subsidiary in Brazil or new organizations looking to set up an SA in the country.

At the end of the day, Thees stated, getting through the legal and bureaucratic requirements to set up shop in Brazil is a question of checked boxes. Of course, the process is time-consuming and does require capital. If one has a small fund, justifying the overall cost may prove hard to do. But if one is at scale, establishing a company in Brazil is feasible, as the benefits of doing so largely offset the costs.

Moving forward, we talked about what’s to come for Redpoint e.ventures now that its fund has been closed.

First on the agenda was an especially important question for PulsoSocial readers in other parts of Latin America: Will funds be dedicated only to startups in Brazil? Thees explained the Redpoint e.ventures’ focus is on companies and ventures for which Brazil is a principal market or jurisdiction. The organization is open to investing in early-stage companies that are born just about anywhere. As long as a Brazil is a core initial market, it’s fair game.

Having established that the fund would be open to investing in startups from Latin America and around the world, we moved on to discuss the nature of those startups. What trends has Thees noticed in investments in early-stage technology enterprises? What formula will Redpoint e.ventures be following?

A Blank Sheet of Paper

Thees first gave a bit of a background on the situation in Brazil, which, as he explained, has worked to bridge a huge gap in internet development over the last 10 years, especially after 2009. The first model that has proven functional in the country is e-commerce, especially recently, thanks to growth in e-payment and the arrival of businesses dedicated to the area.

Nevertheless, Thees pointed out that Brazil still has a long way to go and much terrain to explore, following the examples of progress in the U.S. and other emerging markets. He described Brazil as a blank sheet of paper, likening it to the U.S. on the cusp of the Silicon Valley explosion and mentioning a similar proliferation of comparable startups as well as leapfrogs. Throughout our conversation, there was one main theme: there are still many burning questions in Brazil that need answers.

As to what categories these answers will fall into, Thees mentioned a number of possibilities, making note of social, local and mobile technologies as three overarching trends to watch in Brazil. He highlighted the adoption of social technology in the country (let’s not forget that it is Facebook’s second-largest market). And while he acknowledged the opportunity presented by the Brazilian mobile industry in consideration of the huge penetration of phone lines, he also expressed that the country is at a minimum critical mass at best. Smartphones and 3G still have a long road ahead.

In closing, Thees discussed what the Redpoint e.ventures team will be looking for in its investment decisions.

We discussed the issue of copycats and whether clones of business models that have worked in other parts of the world would be an option on the table for consideration. Thees was optimistic about such possibilities, given, of course, that the business model at hand has been adjusted to Brazilian culture and economics. He described investment in a copycat as an act of risk mitigation – as long as one knows how a model works in a mature market and understands the new target market. He also, surprisingly, mentioned his belief that copycats hitting new markets are often more innovative than companies established where local competitors and similar business models already exist.

Redpoint e.ventures has no defined formula for investment – it will fill its portfolio with the best companies it can identify.

As the group will be investing in early-stage startups, it will be basing decisions on a mix of team, market and product. Thees stated that the organization will seek a solid team and a well-defined product, even if those elements may evolve along the way.

Thees placed a specific emphasis on the importance of the size of the market the startup is aimed at. Redpoint e.ventures will inject funds into startups looking to take on big markets that represent huge opportunities for financial gain.