Accelerator is a trendy term these days – so trendy, in fact, that tons of organizations are popping up claiming to be just that. And while many really are structured acceleration programs, with valuable content, knowledgeable mentors and set schedules, others offer angel investment and a physical space, no training involved. New Brazilian accelerator Papaya Ventures is looking to join the ranks of the former and become a leading accelerator in Brazil.

Based in Rio de Janeiro, Papaya will impulse the Brazilian startup ecosystem forward. The Papaya team seeks to bridge the gap between entrepreneurs seeking early stage funding and coaching and investors seeking investment opportunities but struggling to identify businesses with a true problem-solution fit and solid team.

The Papaya team has taken a collaborative approach to its work. It plans to involve professionals from all over the world – the United States, Israel and the United Kingdom – for mentoring and knowledge sharing. The group has also worked with other accelerators abroad and in Brazil in exchanging information and exploring partnership options. 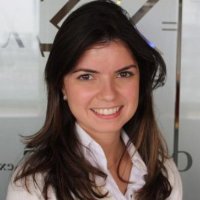 Papaya is part of RJCP Equity, a diversified investment company focused on innovation and new technologies in Brazil. RJCP is the sponsor of Papaya’s operations as an investment partner in the group.

Papaya will function as a multi-thematic accelerator, meaning that each of its six-month acceleration rounds will be based on a specific area or topic. The theme for the accelerator’s first round will be Mobile First.

Luisa Ribeiro, Papaya CEO, talked to us about this new accelerator in order to give us an idea of what the Papaya team has in store.

Emily Stewart: How will Papaya work? What will it offer its startups, and what will it receive in return? How many startups will you work with in each class?

Luisa Ribeiro: In order to apply, startups must fill out the form on our website, answering five simple questions, and provide a two-minute video. We will screen the applications and select five startups to join this first cohort. After being accepted into the program, companies get R$20,000 in seed funding in exchange of 10% of equity. In addition, these startups also get great perks such as amazing co-working space located in Botafogo, Rio de Janeiro, with high-speed internet as well as taxes and laws advisory, free hosting and services from Amazon (AWS), the chance to practice their pitches and access to a group of renowned angel investors and venture capitalists at the end of the program on our Demo Day.

There is also immeasurable value in the mentorship-driven connections and advice that entrepreneurs receive when joining Papaya Ventures Acceleration Program. Our first program, starting this September, with the theme Mobile First, will have the most successful entrepreneurs from Brazil’s top mobile companies, such as Grupo Mobi, Bitix, Gaudium and Sync Mobile, as well as international specialists. UX and Design Thinking experts will also add great value to the program and of course to the startups.

ES: Your first acceleration round will focus on the mobile industry. Why this focus, and why now? Are you seeking to accelerate projects directed at the Brazilian mobile market, or at the world?

LR: Of all the many tech maxims that exist, this is the one heard ad nauseum: “The future is in mobile.”

Our themes are chosen based on tech, business and consumer trends. Brazil has more cell phones (224 million) than inhabitants (190 million) and is one of the top growing markets in apps and 3G. But, it’s very important to understand that our Mobile First theme doesn’t mean that we will select only apps, we are also looking for services and other offers. We are open to any startup that adds value through a mobile channel. Some startups that were initially considering creating desktop browser software are now convinced that they can deliver value first through a mobile gadget.

ES: Your website mentions that you are seeking single function applications. Would you explain your thought process in this?

LR: What we mean is that a startup can only think about one very good single function during the acceleration process. We believe it’s better to have a single thing working extremely well than the other way around.

Other functions can be developed, if necessary, in a later stage and after a great deal of user feedback.

As to what will happen from now until Papaya’s Demo Day in February 2013, we’ll have to wait and see. The team is confident in the structured nature of the program as well as the selection of a theme, which they believe will be an important benefit for startups and investors alike. Because each round of acceleration is based on a specific topic, programming will be extremely fine-tuned. More synergy will be developed between the startups and involved, and investors will have a very solid idea of what to expect at Demo Day.

The success of Papaya’s program won’t depend on investment alone, although it will be an important factor (RJCP will contribute 30% of each startup’s investment goal if that startup is able to raise the other 70%). However, the accelerator’s team believes that there are many measures of success and recognizes that each startup will have to define goals and ends.

Inscriptions for Papaya’s first round of acceleration will be open throughout the month of August. Interviews will take place over the following weeks, and the program will launch on September 24th.