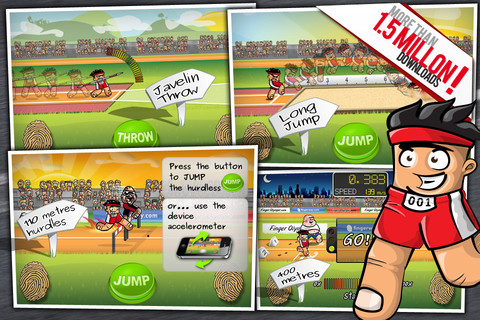 Finger Olympic, the application created by Santiago Morrone, Sebastián Estevez, Mauro García, Pablo Elizalde (illustrator) and  Matías Fabbri (designer) of the Argentine startup Fingerway, is currently listed at number one internationally in Apple’s AppStore. No joke. With more than 3.2 million downloads, the Olympic-themed game is perhaps the most popular app to ever come out of Latin America.

Designed for iOS systems (iPhone, iPad and iPod Touch), Finger Olympic is a touchscreen where its characters, dressed in colorful and fun outfits, are put to the test in various events:

Players share their scores with friends and contacts to compete. Viral, simple, and fun, the app has had excellent user reviews on Kinetik. 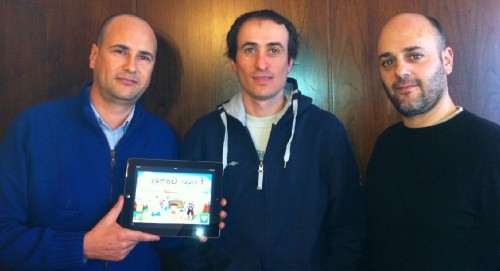 PulsoSocial  spoke with Fingerway co-founder Santiago Morrone, who described the history of Finger Olympic. After six months of work on the app, it was published for the first time in October 2011. He explained, “We hit a peak in November but then plateaued until a couple of months ago, when the pace picked up again. Today, we’re hitting numbers we expected – just the other day, we had 230,000 downloads.”

Finger Olympic is based on a freemium business model. Users can run up to a certain number of races in the first event and complete two trials. However, if a user wants to compete with Usain Bolt and win numerous medals, he or she must download the paid version. The app’s free version also includes advertisements.

Right now, Finger Olympic is number one in the United States and Great Britain.

This text has been adapted into English from its original Spanish  publication by Maca Lara Dillon.