Naming a company is no easy task – it requires creativity and sensibility in the act of electing a designation that will play a role in an enterprise’s failure or success. While a name must be intriguing, it is also an asset if it is indicative of the service or product at hand. This can be especially important in the plethora of startups aiming to catch the eye of consumers.

With this in mind, Sua Ideia Vale Um Milhão victor Resolva.me has recently come out of a sort of identity crisis that has resulted in the shift of the company’s name – it is now Recomind.net. Similar to the English word  recommend, the company hopes that the change will help consumers to understand the platform’s function faster and, ideally, lead them to insider the word recomind into their vocabularies (i.e., Can you recomind me a carpenter for my kitchen?).

Recomind is a service recommendation platform that has emerged out of Brazil. With a recent pivot towards an address book platform with a social layer of contact exchanges, the Recomind team hopes the company’s new name will better reflect its identity as a place for intelligent recommendations.

The aim of the platform is to bring the offline practice of mouth-to-mouth recommendations online. Available on the web and via mobile devices, Recomind service contacts and recommendations are divided into 12 different categories, including automotives, health, fashion and consulting. Users are invited to share business connections and event import iPhone contacts of service providers.

Under the wing of Buscapé Company in Brazil, Recomind has passed its Beta version and is now fully integrated with Facebook. Soon, it will also function with Google+ and Twitter. 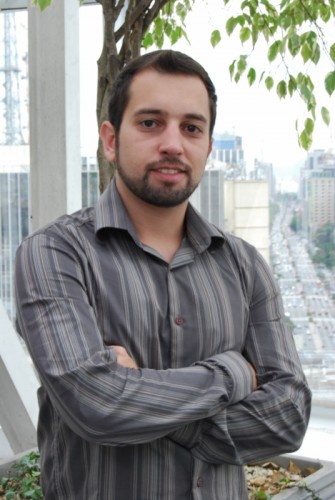 Recomind founder and CEO Juliano Martinez spoke with us about the company, highlighting its background and current setting while remaining secretive about where it’s headed next.

Martinez explained that the company originated in 2005. It was born during Martinez’s university days, starting out as a project originally called Classindicados. Since that time, the idea evolved to become the company that it is today. It was founded by five Brazilian entrepreneurs with a background in technology, marketing and content. Including Martinez, three of those original founders remain on the executive team, while two individuals now act as board members.

Currently, Recomind is developing five different revenue models as part of its business plan. However, as it is still in its budding stages and can count on the support of Buscapé, it is focused on improving customer satisfaction upon hiring reliable service providers through the personal recommendations found on Recomind.

Recomind’s current MVP, its Facebook app prototype, has led to the garnering of over 3,600 users, who have uploaded recommendations of more than 1,500 professionals. As contacts, friends and family receive notifications via Recomind every time a professional or service is recommended, the platform has an opportunity to grow quite quickly, especially considering the current utilization of Facebook, which Martinez indicated as key.

He further revealed that Recomind is currently in the midst of a number of updates and adjustments beyond the pivot in name, referring to the situation as a stealth-mode moment for the company. The team has implemented huge changes with regards to its product following its partnership with Buscapé and will continue to do so in order to better define its market fit.

One important stride about which Recomind has been candid is its partnership with Doutor Resolve, a network of home and building repair and renovation services. The platform boasts the largest presence of franchises in the home and construction industry and belongs to David Pinto’s Resolve Franchising. This partnership will serve as a huge boost for Recomind in the sector, which is one of the fastest-growing industries in Brazil.

In contacting Martinez, it became clear that much of the future of Recomind.net remains undefined – something that didn’t come as a total surprise considering the platform’s recently-renewed identity. The support of Buscapé will likely play a major role in keeping the company afloat while its product continues to evolve and be redefined.