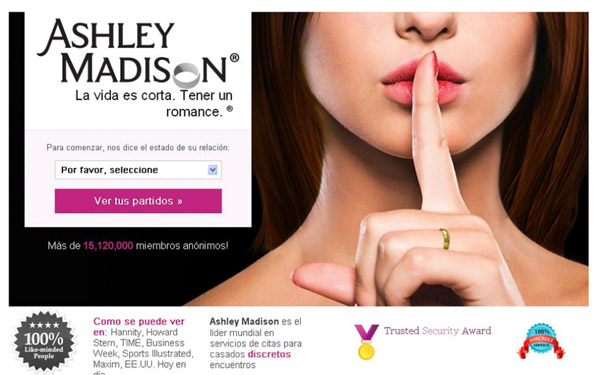 Ashley Madison, the polemic social network and online dating service for those already in relationships, has reached Latin America.

The platform was created in 2002 by Noel Biderman – otherwise known as the most hated man on the internet (at least by those faithful to their partners). Biderman formerly worked as a sports agent in the United States before becoming the “guru of infidelity” after writing Cheaters Prosper – How Infidelity Will Save the Modern Marriage.

Ashley Madison currently has 14.5 million users and a presence in 25 countries. A new individual registers every 6.5 seconds, and women make up 30% of the total Ashley Madison user population. The site is 100% secure, confidential and private.

In 2007, Avid Life Media bought AshleyMadison.com, keeping Biderman on board as President and CEO. Since that time, the website has grown 300%. 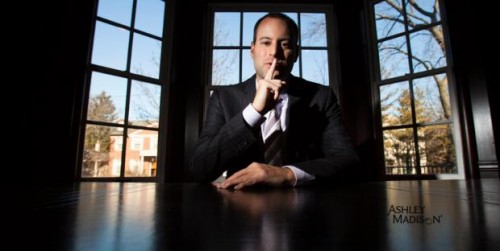 David Benoliel, VP of Operations for Ashley Madison Latin America, spoke with Clarisa Herrera of PulsoSocial about the phenomenon of online infidelity in Latin America.

Clarisa Herrera: How are users distributed throughout the region?

David Benoliel: The greatest quantity of users is in Brazil, with more than 300,000. What we’ve noticed about Argentines is that they spend the most time on the site (the average is 24 minutes, and in Argentina, that number reaches 40). After Brazil comes Mexico in terms of number of users, with just under 300,000. Third is Argentina (over 70,000), then Colombia and Chile.

Chile is perhaps the most challenging market as Chilean society is much more conservative in terms of ideology and morality – 80% of the population is Catholic, but not necessarily practicing. Chileans marry quite young, and for that reason feel like they’re “imprisoned” at a very early age. This makes Chile a very attractive market.

CH: Do you think the fact that Latin America has stronger ties to strict moral codes than other markets renders it more challenging?

DB: Not at all. With respect to a conservative society, we recognize that there are deeply ingrained cultural, ideological and religious questions. That doesn’t mean that infidelity doesn’t exist, just that it’s less talked about. In fact, Latinos are known for being very “hot.” They may give an impression of being more conservative than Europeans or North Americans, but they’re also more direct – they look people straight in the eye, they are less distant physically. They seek ways to be unfaithful, but without being caught. With the internet and websites like ours, everything becomes easier, including accessing one’s true desires. Everyone around the world has the same desires, whether they talk about it or not.

CH: What are you focusing on for expansion?

DB: The real challenge for us in Latin America is accessing a group that can pay for the service, but we’re also concerned about infrastructure and the digital gap that still exists. We’re observing numbers of Facebook and Twitter users as well as reports from other social networks, which are growing significantly in the region, in assessing the conditions of the market.

CH: How are you managing communications in the region? On what areas are you concentrating?

DB: We have an anecdote related to this. We tried to contact Fernando Bargalló (an Argentine bishop who sparked controversy when photos of him on a beach with a woman were published). We wanted to reach out with him because we see him as a perfect example of a man judged by the obsolete way of thinking of the church. He has a “friend” and was brave enough to appear with her in public, so we assumed he was a more modern figure and thought he would be an asset to our image in Latin America. Unfortunately, he was not interested in working with us.

In light of the upcoming Olympics, we wanted to do something fun with our community, so we created a poll for users in 14 countries on 15 different sexual disciplines. When people are looking for lovers, they do it in order to carry out the fantasies they can’t with their partners.

CH: What are your plans for the future of Ashley Madison in Latin America?

DB: On a regional level, we’d like to achieve one million users this year and two million by the end of 2013. Our company, Avid Life, has other products as well. One fast-growing site is CougarLife (for those not in the know, the term cougar refers to older women who seek relationships with younger men). We’d like to launch it in Argentina in 2013. With Ashley Madison, we hope that Latin Americans will be able to overcome their fears of using electronic commerce, which is a big obstacle.