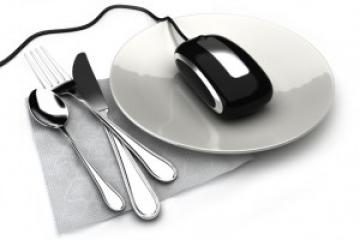 The online food delivery market in Latin America is growing at a rate that rivals that of the United Kingdom, Turkey, India and the United States. In the U.S., GrubHub turns over nearly US$300 million each year, and in Turkey, YemekSepeti boasts US$28 million in food sales. JustEat, which has a presence in Argentina and Brazil, is behind more than 300,000 deliveries around the world each day. It has 23,000 restaurant affiliates and has been responsible for 30 million meals delivered since its creation.

Startups looking to follow suit are popping up throughout Latin America. Clickdelivery of Colombia works with 900 restaurants in the country, and 2300 eateries in Uruguay have agreements with Pedidos.ya. Sinimanes is gaining ground in Argentina, as is O Entregador, the Brazilian delivery company that was recently acquired by Peixe Urbano.

The state of the online food delivery industry around the world can be seen in the compilation of data collected by High Table.

What is the reality of this Market in Latin America? According to a report published by Revista La Barra on Colombia’s gastronomy sector, the potential Latin American market is there. Those who want to and can purchase online, who work out of an office every day and have the necessary purchasing power, represent 60% of visits to eatery websites.

In Colombia alone, the market has grown from 3.5 million transactions and US$23 million in sales in 2001 to US$100 million in 2011. The market leader in Latin America is, without a doubt, Argentina, where the model has evolved significantly. Platforms for restaurant reservations have started to emerge, such as Restorando  and Bukeala, and will surely land in Colombia soon.

This business sector is growing at 12% annual rate and forcing gastronomy industry players to battle for customers online. One other important factor to point out is that of mobile applications that allow orders to be placed via smartphones and tablets. Pedidos.ya has already launched a mobile app. Coupons and discounts are also elements to consider.

What is the target audience for this market? The 2012 food delivery barometer indicates the following:

. . . The individuals who place the most orders online are between the ages of 20 and 45, with a special preference in the 20 to 35 age range, the so-called console generation that lives in big cities. They are largely students or young people at their first jobs. They are generally single and live alone or with their parents and are aficionados of new technologies and computer use, film, video games, sports, etc. Moreover, they are constantly seeking deals online.

The other most active group is made up of people between the ages of 35 and 45 who live in medium or large cities. They work full time and often spend extra hours at the office. Moreover, those who are divorced and have small children tend to use these types of online platforms.

Regarding payment methods, many online delivery platforms have adopted a semi-offline system that consists of ordering online but paying once food arrives. Nevertheless, payment methods are divided 50-50 between cash and credit cards. The average cost per person is US$12, and most orders are placed from home (90%) as opposed to work (10%). Another interesting fact: orders increase 140% on days of soccer games.

This text has been adapted into English from its original Spanish Publication.