With e-commerce at the center of attention in Brazil right now, it is easy to lose sight of offline retailers – the stores and shopping centers where most Brazilians, despite the online boom, still do the majority of their shopping. And while e-commerce may not be the way to go for these real-world sellers, they can take advantage of the internet and the increasing online savvy of the modern consumer, all with the help of Guiato.

Guiato is the Google of the offline retailer, a generator of traffic in the real world. It displays ads, catalogs, offers and hours of various local retailers, allowing users to browse information, compare prices and search advertisements. Guiato helps retailers to target specific regional consumers online and thereby increase sales. It is also available as a mobile application.

Given that Guiato launched in Brazil on July 3rd, one may be inclined to refer to the company as a startup; however, it is far from it. Guiato is part of Bonial International Group, headquartered in Paris, France. The group is the spearhead of platforms located in Germany, Russia, France, Spanish, and now, Brazil. The Bonial branches are based on the offline-to-online concept originated by kaufDA, which was founded in Germany in 2008. The company was acquired by Axel Springer AG in early 2011 and has now consolidated as part of Bonial International Group as a whole.

Samuel Artmann, CEO of Guiato, spoke with us about the unique nature of the company as well as its roll-out and expectations in Brazil. 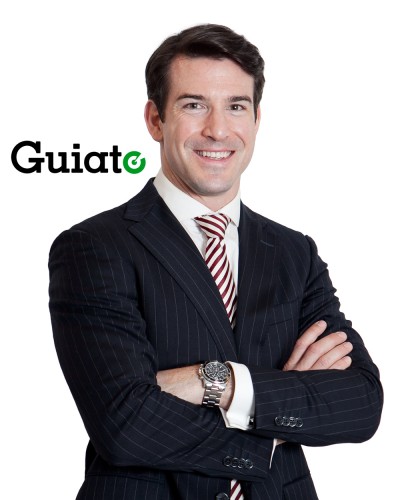 Our conversation began with a general background of Guiato on the whole as well as questions of how the model has been formulated for Brazil. Artmann explained that Guiato is a joint venture between the business model holder (Bonial) and its Brazilian partners. In essence, it is the internationalization of a European internet media company. With this, Guiato has a number of advantages going in. As a branch of Bonial, it reaps the benefits of the technologies, innovations and discoveries of its European counterparts. The exchange of knowledge is constant.

One major benefit for Guiato in having such a strong base has been the speed of its roll-out in Brazil, which Artmann said took just six weeks. In a bureaucratic environment that is known for sucking up huge amounts of both time and money, this is a notable feat.

Artmann attributed much of Guiato’s success in setting up to the fact that the model has been so refined in prior locales over the past three years. The technology, set-up, application and website across all branches are virtually the same.

When asked about the challenges of localizing the company and site, Artmann told us that efforts were largely reduced to simple translation. One element he noted was the zip code feature, which had to be localized, but beyond that, the initial process was quite simple. He did, however, note the challenge posed by localizing on the commercial side. Retail is very different in Brazil than it is in Germany and other parts of Europe. While the European retail market is highly sophisticated and competitive, the Brazilian landscape is much younger and, in turn, more dynamic.

Though the company launched in Brazil just over three weeks ago, it has already received a positive response and experienced more traffic than expected. Guiato will not depend on paid marketing or buying traffic but will instead depend largely on organic growth. As with other branches of Bonial International, Guiato will benefit from the organic search volume of promotions, offers and other retail-related information. Within three months, Artmann expects Guiato to have one million users – right now, it is simply a question of allowing Google to index the page.

Guiato is a B2B model and is already working with large-scale retailers like Carrefour. It will continue to seek partnerships and sell its services, targeting companies like Walmart. Right now, its business relationships are early stages.

As the company grows over time, it will expand accordingly. Its local team, which is now composed of roughly 15 professionals, will grow to 30-50 within the next 12 months. What is not imminent for Guiato to do this is the acquisition of investments. The company has already received funding from A5 Investimentos and Flávio Jansen, but as it is part of Bonial and also has funds from there, new investments are not vital to Guiato’s survival.

The Power of the Mobile Device

Nearing the end of our conversation, Artmann discussed the characteristics of Brazil’s relationship with the internet, characteristics that played an important role in deeming the country a good fit for Bonial’s newest venture.

The outlook on the behavior of consumers and users in Brazil is extremely positive, even in comparison with Europe. While internet penetration may be lower in Brazil than in more developed countries, the numbers are growing drastically. More and more smartphones are hitting the market every day, and prices are dropping. Moreover, Brazilians are lovers of communication – they represent the second biggest Facebook market today and are constantly chatting, texting, etc.

Artmann highlighted one very intriguing element of Brazilian consumer behaviors in comparison to their European counterparts in their purchasing behaviors. In Europe, virtually everyone has a laptop or home computer, so when purchasing a phone, many opt for traditional devices. In Brazil, on the other hand, consumers are more likely to opt for mobile internet devices, preferring smartphones or tablets over stationary mechanisms. This will likely prove hugely advantageous for Guiato’s mobile application.

As we continue to wait to find out how Guiato will fare in Brazil, the company will work alongside its partners at Bonial International Group to determine its next steps on a global level. Artmann said that other Latin American locales will likely be targeted in the months and years to come; however, the identity of those places cannot yet be named. Bonial will also explore possibilities of expanding its business model into other verticals, the real estate market being at the top of the list.

Artmann exuded a subtle but strong confidence regarding the future of Guiato in Brazil, an indicator of the force of the backing of Bonial International. As the group’s first Latin American branch, Guiato is supported by an essential vote of confidence that very few businesses today enjoy.