Over the weekend, Pitch Digital 2012 took place, bringing together entrepreneurs, investors and other professionals from Brazil’s digital community. If you missed it, we gave you a bit of a background on the event last week.

Six startups competed in the seven-minute pitch competition, and at the end of the day, the winners were named. 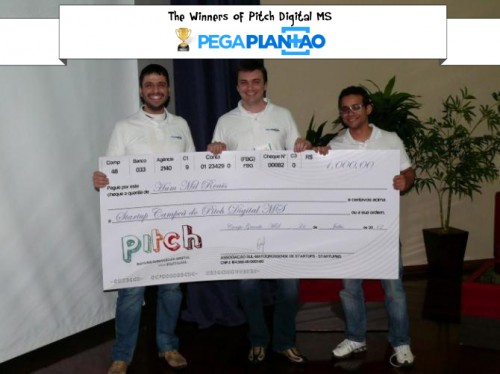 Coming in first place was Pega Plantão, a platform for advertising and filling shift vacancies for hospitals and corporations. The startup has existed for approximately a year, maturing significantly during that time. The panel of judges was impressed with the platform’s scalability within the healthcare market. The Pega Plantão team was awarded R$1,000 (US$500)in cash, US$750 from Amazon Web Services, R$2,000 (US$1,000) in digital marketing planning from 8020mkt, and an invitation to represent Mato Grosso do Sul at Prêmio Rio Info 2012 in September.

Fábio Paradiso, Pega Plantão co-founder and developer, commented on the experience as well as what’s to come for the startup, “We’re in the midst of validating a new business strategy, and this award may open up a few doors for us because it demonstrates that our team is focused on making this project happen. We still have a lot of work to do, and soon we’ll be launching our mobile application for iOS, Windows Phone and Android, which will amplify the interaction of our users in swapping shifts.” 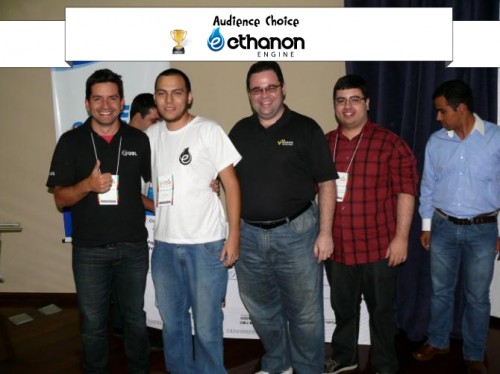 Second and third positions went to Ethanon Engine, a 2D video game development engine, and E-Camisa, a social platform that sells dress shirts for men, respectively. Ethanon Engine was also named the audience favorite and awarded R$475 (US$230) – R$5 (US$2.50) for each vote received.

With this, another successful year of Pitch Digital came to a close.